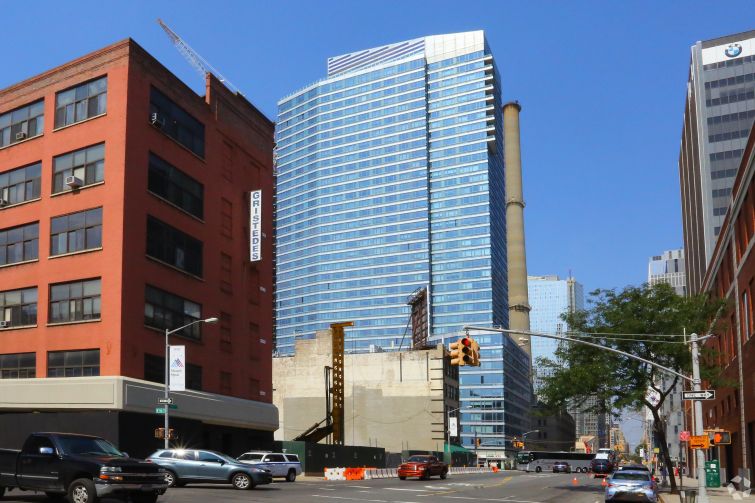 Hudson Market has inked a 9,889-square-foot deal to set up a location at 601 West 57th Street, the Durst Organization-owned residential tower also known as HELENA 57 WEST. The lease is for 15 years, according to a press release from the landlord. Asking rent in the deal was not immediately available.

This will be the second location for Hudson Market, according to The New York Post, which first reported news of the deal. The first is at 303 10th Avenue between West 27th and West 28th Streets.

“It is important for us to have retail options that are an amenity to the tenants,” Helena Durst, the chief administrative officer of Durst, said in prepared remarks. “With the addition of Hudson Market, we are able to offer our tenants on the 57 West campus and surrounding neighborhood an elegant high-end café and market.”

Steven Baker and Kenneth Hochhauser of Winick Realty Group represented Durst along with Ashley Gee in-house, while Cosmo Montemurro of Murro Realty represented the tenant and declined to comment.

Hudson Market will begin peddling locally purveyed produce, wine and beer at the base of the 597-unit building in early 2017, the release indicates. It will join a slew of other retailers that Durst has signed to its three buildings between 11th and 12th Avenues—the others being FRANK 57 WEST at 600 West 58th Street and VIA 57 WEST at 625 West 57th Street.

At VIA 57 WEST, Durst has signed a slew of tenants to the retail portion of the tetrahedron-shaped rental building, including a restaurant and Landmark Theatres, the cinema co-owned by billionaire Mark Cuban that recently took 30,000 square feet at the property.