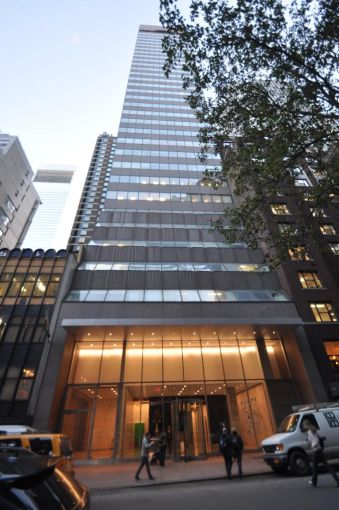 The firm will relocate to the entire 24th floor of the 33-story office tower between Park and Lexington Avenues, according to a press release from Cushman & Wakefield, which represented landlord Pearlmark Real Estate Partners in the transaction.

“Winston Art Group will be a great addition to the prestigious tenant roster at Tower 56,” C&W’s Harry Blair, who handled negotiations for the property owner with colleague Sean Kearns and Heather Thomas, said in a statement. “Tower 56 is viewed as one of the top boutique Plaza District office [buildings].”

Winston Art Group is moving from 595 Madison Avenue between East 57th and East 58th Streets. There the firm has just 3,695 square feet on the 29th floor, according to CoStar Group. Winston Art Group will relocate to Tower 56 on Jan. 1 2017, a C&W spokeswoman said. The asking rent in the 11-year deal was $94 per square foot.

The company plans to house a showcase for its clients in its new digs, featuring a “rotating exhibit of artwork,” according to JLL’s Scott Vinett, who represented the tenant with colleague Charles Gerace.

“Winston Art Group’s business is thriving and the company had outgrown its [current] offices,” Vinett said in prepared remarks. “Tower 56 was ideal for the art appraisal and advisory firm, offering a full floor with terrific views of the surrounding neighborhood.”