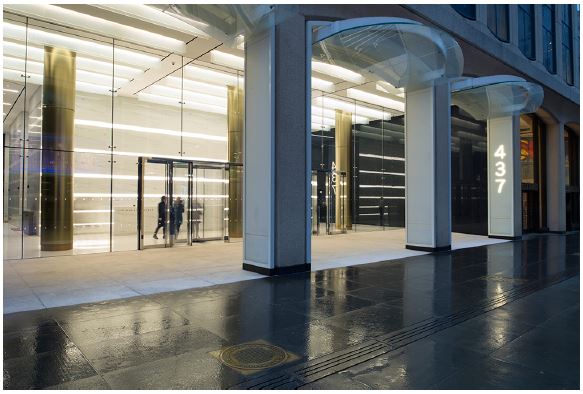 An energy firm and a litigation finance company have each signed deals at 437 Madison Avenue between East 49th and East 50th Streets, combining for more than 12,000 square feet, Commercial Observer has learned.

Terra-Gen, which specializes in renewable energy, signed a 6,871-square-foot lease for part of the 22nd floor, according to a press release from landlord William Kaufman Organization. The company signed a five-year deal at the 850,000-square-foot property.

It will move to the building at the end of this year, leaving behind 1095 Avenue of the Americas between West 41st and West 42nd Streets, also known as 3 Bryant Park. Terra-Gen subleases roughly 17,000 square feet at that location, according to CoStar Group.

John Fitzsimons of Cushman & Wakefield represented the tenant and did not immediately return a request for comment via a spokesman.

Asking rent at the 40-story building ranges from $80 to $110 per square foot, according to the release.

Bentham Capital, a financial firm that funds plaintiffs and law firms in major cases, signed a deal to relocate to the Midtown property. The company has inked a 10-year lease for 5,261 square feet of built-to-suit space on part of the 19th floor, the release indicates.

The firm will move from 885 Third Avenue between East 53rd and East 54th Streets, where CoStar indicates it currently leases 3,864 square feet

Lance Korman and Brian Waterman of Newmark Grubb Knight Frank represented the tenant and did not immediately return a request for comment via a spokeswoman.

The building “continues to be an attractive option for companies seeking a fully modernized office tower with world-class amenities and high-end finishes in a classic Midtown location near Grand Central Terminal,” Lenchner said in prepared remarks.