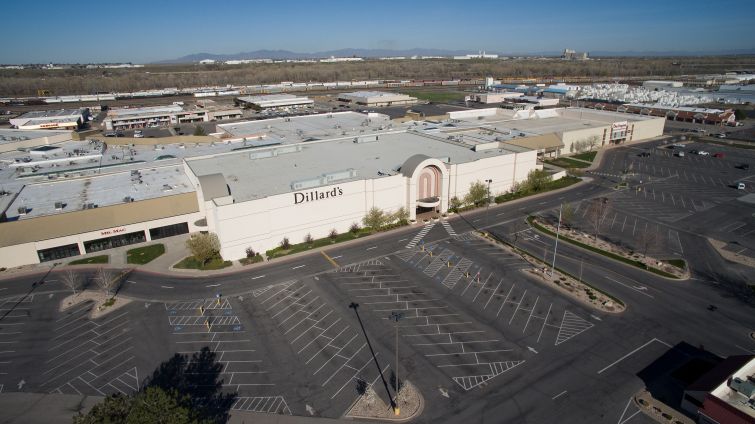 The loan matures in May 2020 and carries a rate of 3.693 percent.  At the time of securitization, the appraised value of the mall was $83 million, according to the loan prospectus.

The New York-based developer purchased the 715,035-square-foot shopping center at 3651 Wall Avenue for $69.5 million from Chicago-based General Growth Properties. The price breaks down to about $98 per square foot.

“We got what we think is a very good return,” Greenburger told CO in an interview two weeks ago. “It’s a first class, regional mall. It has every brand in it that you could think of, and is the center of this community. And we bought it for what we thought was a modest price.”

He added: “I would say there were times when this same mall would have been valued at $300 a foot or certainly, $250.”

The mall is 98 percent occupied and anchored by a Cinemark movie theater, and a mix of big-box department retailers including Dillard’s, Burlington Coat Factory, Sears and Sports Authority. Sports Authority, which filed for bankruptcy earlier this year will soon close its 65,000-square-foot store at the mall. It will be replaced by a yet-to-be-announced tenant, a spokeswoman for Time Equities said.

Greenburger explained that the mall’s price was relatively low because of a drop in interest in brick-and-mortar retail around the country, caused by an increase in online shopping—he, however, still believes in physical stores.

Time Equities, which owns more than 23 million square feet of real estate properties around the globe, has been expanding its national retail portfolio. Newgate is its fourth mall in the country, behind the 380,000-square-foot Monroe Crossing Shopping Center in North Carolina, which the developer acquired in December 2014.