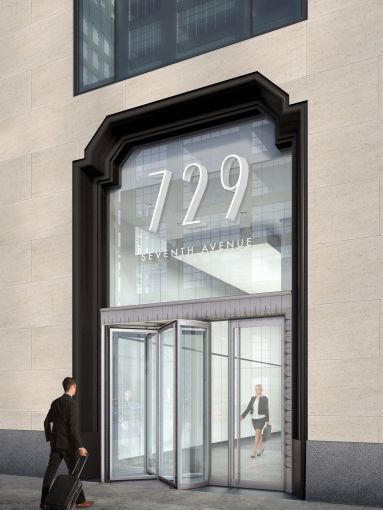 An organization serving actors in theater and film among other mediums has signed a deal to expand at Himmel + Meringoff Properties’ 729 Seventh Avenue, the landlord announced in a press release.

The Actor’s Fund has grown to 33,600 square feet at the 164,000-square-foot property between West 48th and West 49th Streets, per the release. That’s a roughly 50 percent increase from the 24,000 square feet the company currently leases at the building.

Asking rent in the deal was in the $60 per square foot, according to The New York Post, which first reported news of the deal.

The new Actor’s Fund lease runs until 2030, according to the release. The 134-year-old group first signed a 17-year deal at the building in April 1998, according to CoStar Group, and renewed again in 2013. It has been based on the 10th and 11th floors, and will now expand to the 12th floor, according to David Lebenstein of Cushman & Wakefield, who represented the tenant.

The new space will be used for healthcare operations for the group, which provides services to its members, Lebenstein said. Those were previously based at another building on West 57th Street and 10th Avenue. About 4,500 square feet of the expanded space will be subleased, he added, and used by The Actor’s Fund for future growth.

“We are very pleased to be able to accommodate The Actor’s Fund’s expansion needs,” Leslie Himmel, a principal of Himmel + Meringoff, said in prepared remarks. “We look forward to having them continue as one of the building’s primary tenants.”

But the acting organization isn’t the only dramatic tenant at the property. Playbill, the publisher of theater programs, signed a deal this April to move its headquarters to the building. The company will occupy 11,200 square feet on the whole fourth floor, as Commercial Observer previously reported.

Update: This story has been edited to include comments and information from the tenant’s broker.