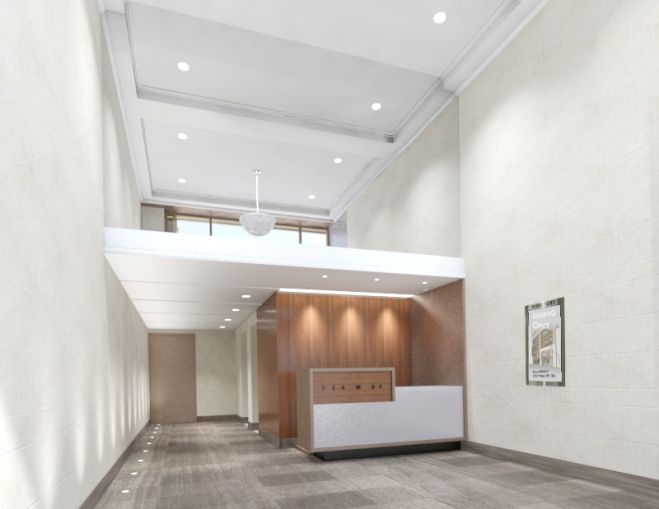 The company will occupy the 5,240-square-foot sixth floor come next month through a six-year deal, according to Jane Brody of Vicus Partners, who represented Choice New York Management in the deal. Asking rents in the 15-story, 75,000-square-foot building range from $53 to $58 per square foot, according to information provided by Brause and the building’s broker, Transwestern.

“They were interested in something that was going to be pleasing to the employees,” Brody said. That included its location between Seventh and Eight Avenues across from Penn Station as well as the fact that the loft space was recently renovated and has “tremendous light, high ceilings and a glass conference room.” In addition, the office has a brand new pantry, Brody noted, and lightwood floors.

With the lease to Choice New York Management, the building is 100 percent occupied. The company is replacing Concepts in Staffing, an IT consulting and executive search firm. CO reported in October 2013 when Concepts in Staffing leased the the sixth floor. Other building tenants include hotel management, investment and development firm Hersha Hospitality Management and Irish pub Irish Times, which spans two levels at the base.

The landlord recently completed a renovation of the lobby and upgrades to the façade and elevator cabs are underway.

“Brause Realty did an outstanding job modernizing 254 West 31st Street,” said Lindsay Ornstein of Transwestern in prepared remarks. “The lobby and entry are spectacular, with a timeless appeal that has helped us to attract Choice New York Management, as well as other high-quality tenants including Daniel Partners and Universum. They’ve really positioned the property as the premier boutique building in Penn Plaza.”

Ornstein and Transwestern’s Alessio Tropeano and Carolyn Zimmer brokered the deal for Brause.

Melissa Brause of Brause Realty noted that the “capital improvements we have made at 254 West 31st Street” are appealing to “firms looking for full-floor, open-layout spaces in proximity to Penn Station.”