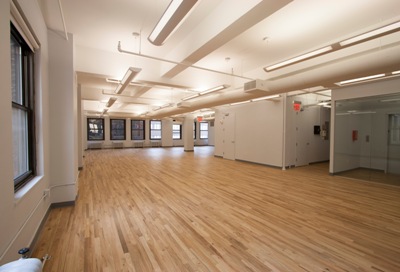 In a sign that the landlord’s capital improvement plan is paying dividends, Brause Realty has signed two new tenants at its 254 West 31st Street property.

In the larger of the two deals, Concepts in Staffing, an IT consulting and executive search firm, has leased 5,240 square feet on the sixth floor of the building. The company is currently located at 9 East 37th Street.

On the 12th floor, Universum has signed a 4,110-square-foot lease. The employer branding services firm currently operates from nearby 129 West 29th Street.

“We are pleased to welcome Concepts in Staffing and Universum to 254 West 31st St.,” said David Brause, president of Brause Realty, in a prepared statement. “Transwestern has done a great job of marketing the building’s improvements and sleek, full-floor pre-builts.”

The new leases are a testament to the landlord’s significant capital improvement plan, which includes a new double height lobby, façade and entryway, elevator cabs and a proposed roof terrace.

“Today’s tenants are seeking high-quality, creative space in a coveted Midtown South location,” added Lindsay Ornstein, principal of Transwestern, who represented the landlord, in the statement. “The redevelopments are consistent with what’s driving occupancy: open and collaborative environments in high-quality boutique buildings. 254 West 31st Street is optimally positioned for tenants priced out of Midtown South proper who still want a creative work environment proximal to transportation.”

As previously reported by The Commercial Observer, Brause Realty enlisted Transwestern as leasing agent at the building with the aim of attracting tech tenants to the property. Earlier this year, the leasing team was close to securing a social media tenant for the sixth floor at 254 West 31st Street, but the deal later collapsed when the company decided it needed more space.