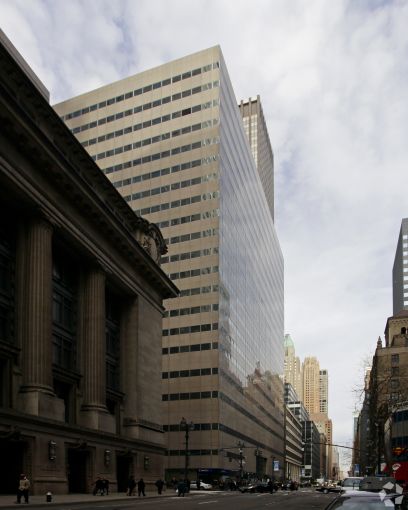 Apparently, a relocation is just what the doctor ordered.

NewYork-Presbyterian has signed a 500,000-square-foot lease to move its offices to RXR Realty’s 237 Park Avenue.

The hospital system plans to consolidate administrative space from other areas of the city into the building between East 45th and East 46th Streets near Grand Central Terminal, as Crain’s New York Business reported. The asking rent and the length of the deal were not immediately clear, and the hospital did not respond to multiple requests for additional information and a comment.

NewYork-Presbyterian operates five hospitals in the city, one with Columbia University at 630 West 168th Street, another with Cornell University at 525 East 68th Street, The Allen Hospital at 5141 Broadway, Morgan Stanley Children’s Hospital at 3959 Broadway and Lower Manhattan Hospital at 170 William Street. It also has a medical facility in Westchester County.

The landlord purchased the 1.2-million-square foot building for $810 million in October 2013 from Lehman Brothers Holdings, according to city records. It then pumped $50 million into a renovation of the property, which included newly constructed entrances and a revitalized lobby and façade, as Commercial Observer previously reported.