Jeff Sutton, Partners Get $195M Refi for 529 Broadway in Soho 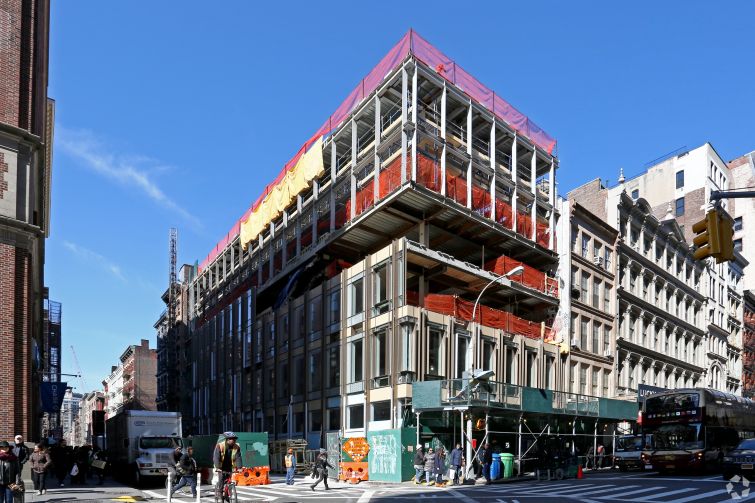 UBS and Morgan Stanley have teamed up to provide $195.3 million in financing on Soho’s nearly completed, six-story retail development at 529 Broadway on the corner of Broadway and Spring Street, according to records filed with the city today.

The new debt from UBS and Morgan Stanley refinances previous mortgages on the property, but the term and rate of the loan were not immediately clear.

There have been a range of plans for the development including a hotel, but now a new, 52,500-square-foot building stands on the site, replacing a two-story retail building that previously housed a Steven by Steve Madden shoe store.

Once completed, the development will reportedly be anchored by Nike, which Commercial Observer has reported would pay $16 million per year in rent.

In August 2015, Jared Epstein, a vice president and principal at Aurora Capital, told CO that “corner spaces due to their scarcity and dramatic wraparound frontage and foot traffic…command a significant premium over inline spaces, especially when they are located adjacent to a major subway entrance and that’s the case with Broadway and Spring and Broadway and Prince.” He did not comment on the Nike lease at the time.

Sutton and Epstein did not immediately respond to a request for comment, and nor did representatives for UBS and Morgan Stanley.