Group Behind TKTS Renews Its Offices on Eighth Avenue 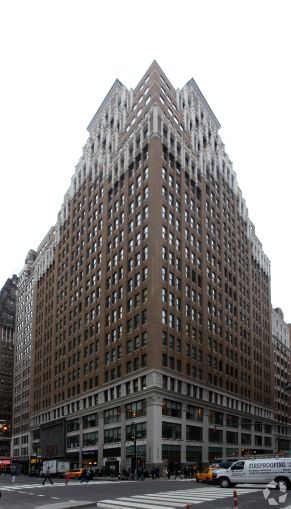 The nonprofit responsible for the TKTS Booth, which sells Broadway tickets at a discount rate, has renewed its Midtown lease, Commercial Observer has learned.

Theatre Development Fund will remain at 520 Eighth Avenue between West 36th and West 37th Streets for an additional 10 years, according to a press release from landlord Newmark Holdings. Asking rent in the deal was $48 per square foot, according to a spokesman for the landlord.

The organization, which supports causes of the theater industry, has been based at the 755,000-square-foot building since 2008, according to the release, where it leases the entire eighth floor, or 12,349 square feet.

“We are pleased to have extended our lease at 520 Eighth Avenue,” Victoria Bailey, the executive director of Theatre Development Fund, said in prepared remarks. “The building is known for its wide variety of not-for-profit tenants which speaks to Newmark’s support of this vital sector of the New York City economy.”

One of the group’s notable operations, which also include advocating for audience diversity at shows, is the three TKTS Booths throughout the city—in Times Square, Downtown Brooklyn and at the South Street Seaport—which sell tickets to shows at a discount of 20 to 50 percent.

Mandell noted in the release other theatrical nonprofits in the 25-story property, including Alliance of Resident Theatres/New York and Theatre Communications Group.