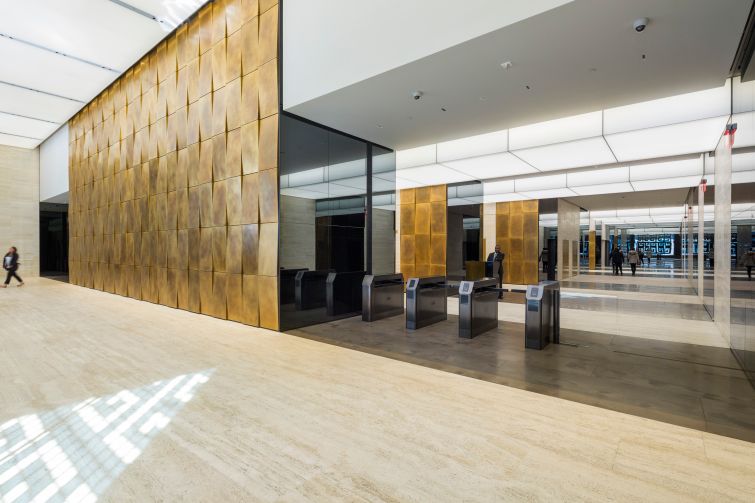 The lobby of 605 Third Avenue.

The Buffalo, N.Y.-headquartered law firm will occupy 19,871 square feet at the Fisher Brothers-owned building between East 39th and East 40th Streets, according to a press release from the landlord. The 10-year deal will put Hodgson Russ on the whole 23rd floor of the 43-story structure.

Asking rent at the 53-year-old building run from the mid-$60s to low-$80s per square foot, according to The Wall Street Journal, which first reported news of the deal.

“Providing our clients with unparalleled service is always our priority,” Rick Kennedy, the president and chief executive officer of Hodgson Russ, said in prepared remarks.  “Our new offices are a reflection of our attention to details and quality of service.”

The firm will move into the building in mid-2017, the release indicates, leaving behind 1540 Broadway between West 45th and West 46th Streets. Hodgson Russ will be downsizing a bit in the move, paring its space by about 10,000 square feet. The firm currently leases 30,886 square feet, according to CoStar Group.

“The new 605 Third Avenue will be attractive to a wide range of companies that want to be associated with a modern, efficient building with a unique and very distinct identity,” Winston Fisher, a partner at Fisher Brothers, said in today’s press release.