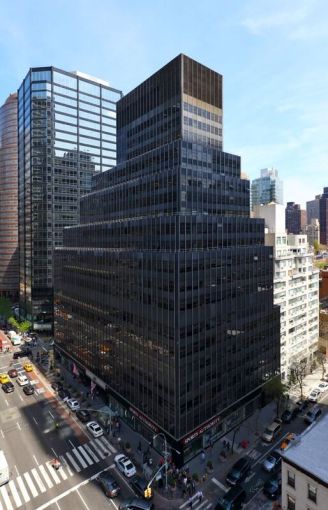 Kroll Bond Rating Agency has signed a 10,840-square-foot lease at Rudin Management Company’s 845 Third Avenue to expand its footprint in the building to more than 35,000 square feet, according to the landlord.

The credit rating organization is adding the extra office space on a portion of the eighth floor of the 360,000-square-foot building between East 51st and East 52nd Streets.

It currently subleases about 25,000 square feet on the entire fourth floor of the 21-story property. Asking rent in the six-year transaction was $65 per square foot.

Robert Steinman, a vice president at Rudin Management, represented the landlord in-house in the deal.

“It’s a very well-located building and has access to transportation,” William Rudin, the chief executive officer and co-vice chairman of Rudin Management, told Commercial Observer. The area “has great shopping and restaurants.”

David Carlos of Savills Studley, who brokered the deal on behalf of Kroll Bond Rating Agency, did not immediately respond to a request for comment via a spokeswoman.

The building, which was built in 1963, is now fully leased, as The Wall Street Journal first reported.

In another deal in the building, consulting firm K2 Intelligence leased the entire 5,620-square-foot 18th floor. K2, whose vice chairman is the former police commissioner, Raymond Kelly, previously occupied about 30,000 square feet in the building on the entire 13th and 15th floors, according to the landlord.

Other tenants in the building include workspace provider Regus, the office of the British Consulate General New York and law firm Gallet Dreyer & Berkey.