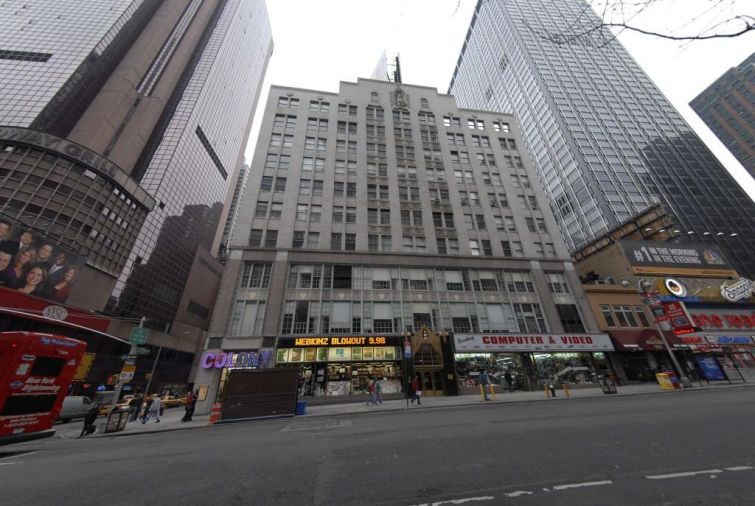 CO reported in August 2015 that the 175,000-square-foot building at 1619 Broadway between West 49th and West 50th Streets was in contract and as of today, Allied Partners and Brickman are co-owners of the 11-story building with Brill Holdings.

Jimmy Buffett’s hospitality brand Margaritaville is negotiating a deal for its first New York City location at the Brill. A source with intimate knowledge of the situation previously told CO that Margaritaville’s 25,000-square-foot space will span part of the ground floor, the lower level and the 11th-floor rooftop. In addition to his tropical-themed restaurant Margaritaville and a store, on the rooftop, Buffett will have a Landshark Bar & Grill, the source said, serving a quick bite and drinks in a more casual setting.

Besides having a lease out with Margaritaville, Brill Holdings is negotiating with CVS (17,500 square feet) and WeWork (50,000 square feet of office space). These leases bring the building to 85 percent occupied, a source said. The retail asking rent ranges from $650 to $700 per square foot and the office asking rent is between $60 and $70 a foot.

Allied Partners and Brickman purchased the building two years ago for $185.5 million, according to city records.

Ilan Bracha, the co-founder of Keller Williams NYC and founder of B+B Capital, brokered the deal on behalf of Brill Holdings. Richard Baxter and Ron Cohen of JLL represented the seller, CO previously reported. Neither Bracha nor Baxter responded to a request for comment.

Update: This story was edited to reflect that Brill Holdings has invested in the Brill Building, not bought out Allied Partners and Brickman.