Flywheel Rolling Into W’burg This Fall With First Brooklyn Outpost 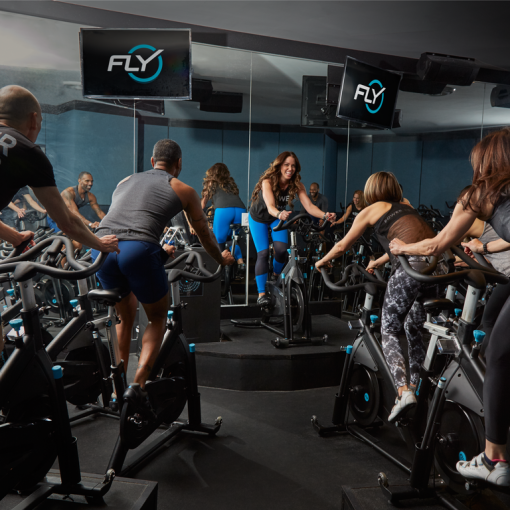 Fitness concept Flywheel Sports is riding its expansion into Brooklyn.

The bicycle class-focused studio has signed a 10-year lease for its first location in Brooklyn at 173 North 3rd Street in Williamsburg, Commercial Observer has learned.

The studio, which is expected to open this fall, will operate out of a 3,600-square-foot ground-floor space in the building between Bedford and Metropolitan Avenues, according to Lee & Associates NYC, which represented landlord RedSky Capital. Asking rent in the deal was $125 per square foot.

“Owing to the format of its classes, the tenant sought a column-free space with high ceilings,” Lee & Associates NYC’s JP Sutro, who represented the landlord, said in prepared remarks. “This space meets all of Flywheel’s criteria with the bonus of being located on one of Williamsburg’s hottest corridors.”

Chris DeCrosta and Hank O’Donnell of Crown Retail Services, who represented Flywheel in the transaction, did not return requests for comment.

Of course, Flywheel won’t be the sole fitness center in trendy Williamsburg. Blink Fitness recently signed a deal for a location in the ‘hood, as CO previously reported, and Equinox Fitness will be opening an outpost, which The New York Post reported earlier this year.

Flywheel first opened at 39 West 21st Street between Fifth Avenue and Avenue of the Americas in 2010. It has since expanded to have eight studios in Manhattan, locations in more than a dozen cities around the country as well as centers in Dubai, according to its website.