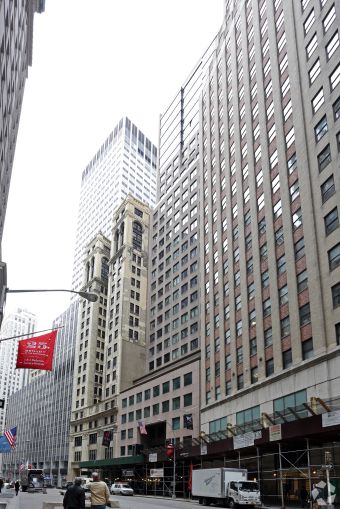 Café Arte, a sandwich and dessert shop, has inked a deal for its fourth location in the Financial District, Commercial Observer has learned.

The restaurant signed a 4,350-square-foot lease at 40 Broad Street between Beaver Street and Exchange Place, according to a press release from landlord representative Lee & Associates NYC. Asking rent in the 15-year deal was $125 per square foot, according to a spokeswoman for the brokerage.

FiDi is an increasingly hot spot for residents, tourists and employees alike,” Peter Braus of Lee & Associates NYC said in prepared remarks. “This generated a need for more local restaurants and services to keep up with the growing demand.”

The eatery is expected to start serving its sandwiches and pastries at the 242,953-square-foot building this fall, the release indicates. Café Arte’s is only based in FiDi, according to the company’s website, with locations in walking distance of one another at 20 Pine Street between William and Nassau Streets; 75 Wall Street between Water and Pearl Streets; and 74 Pearl Street between Hanover Square and Broad Street.

“As the long breakfast and lunch lines at its other three Financial District locations can attest, Café Arte is a neighborhood institution and sure to be a success at this busy Broad Street location steps from the New York Stock Exchange,” Kave said in a statement.