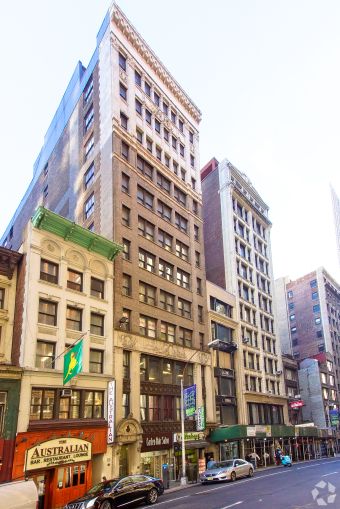 The company is leasing 35,286 square feet at 22 West 38th Street, the paper reported, which covers the second through seventh floors of the Dalan Management-owned property between Avenue of the Americas and Fifth Avenue.

The lease is for 15 years, according to the Post. Asking rent in the deal was $54 per square foot, CoStar Group indicates.

William Cohen, David Emden and JD Cohen of Newmark Grubb Knight Frank represented the landlord, while Peter Braus, Dennis Someck and Mitchell Kunikoff of Lee & Associates NYC represented the coworking space. An NGKF spokeswoman did not immediately return a request for comment, nor did Braus via a spokeswoman.

This deal gives Knotel its sixth location in New York City, according to its website. Its other locations include 33 West 17th Street between Avenue of the Americas and Fifth Avenue; 1 State Street at Pearl and Whitehall Streets; 116 West Houston Street between Thompson and Sullivan Streets; an unidentified location near Madison Square Park; and one in the Dumbo section of Brooklyn at 68 Jay Street between Front and Water Streets.