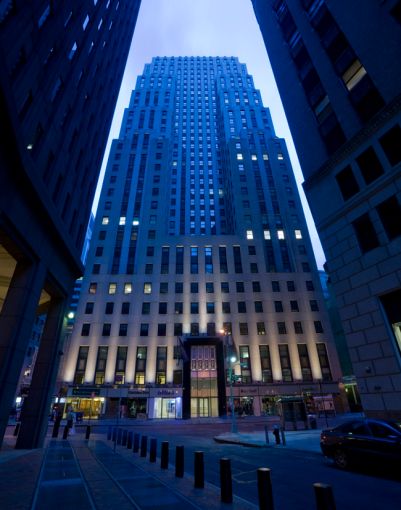 Demos, a public policy organization, has inked an 16,500-square-foot deal at 80 Broad Street between Stone and Marketfield Streets, Commercial Observer has learned.

It will occupy the entire fourth floor of the 36-story, 423,403-square-foot building, according to Ellen Herman of JLL who represented Demos along with colleague Jason Schwartzenberg in the deal. Asking rent in the 10-year lease was $49 per square foot. The social justice advocacy organization is currently at 220 Fifth Avenue between West 26th and West 27th Streets, where it occupies 13,861 square feet across the fifth, eighth and ninth floors. It will move from its current space to Broad Street Development’s building in November.

“Demos is currently at a disjointed space which was getting expensive,” Herman said. “We fully explored the Midtown, Midtown South and Downtown markets till we found this space.”

The new office will be modern, open and collaborative, according to Herman. It will have an open ceiling, glass offices and a glass conference center.

“We were able to get them on one full floor,” said Ramona Huegel, who represented Broad Street Development in-house. “We have a built-to-suit program, so we are able to build it exactly how they want it. We even did a test fit for them.”

Demos is not the only social justice-driven tenant at 80 Broad Street. Young Survival Coalition, an organization that fights breast cancer, and Foundation Fighting Blindness, a nonprofit that funds research regarding degenerative retinal diseases, also lease space in the building.