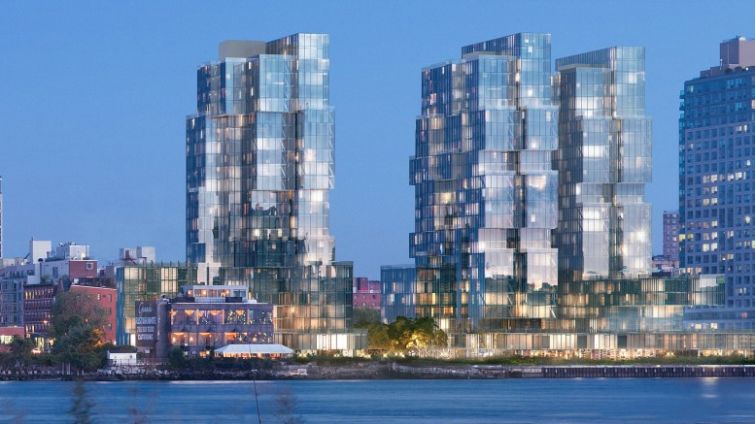 “Meridian is proud to have successfully negotiated this financing on behalf of Spitzer Enterprises and looks forward to the completion of this architectural icon in the heart of the rapidly ascending South Williamsburg neighborhood,” a Meridian representative told CO in a statement. “Starwood quickly underwrote this significant transaction and immediately demonstrated their vision and creativity as a market leader with this loan.”

Spitzer’s development, which sits on a 2.8 acre waterfront site between South 8th and South 9th Streets on the South Williamsburg waterfront, will also designate 20 percent of its 856 total units as “affordable.”

Last year, Spitzer opined the importance of 421a and affordable housing in New York City. At a TerraCRG panel in June 2015. “Without 421-a, it is inconceivable that we would have done our project as a rental,” he said, referring to the South Williamsburg residential project. “We could have done it as a condominium[s] without 20 percent inclusionary. We could have done very nicely.”

The three buildings will range from 16 to 18 stories each and total 761,700 square feet, 19,000 of which will be retail. The property will also have a 400-car garage, fitness centers, swimming pools, hot tubs, a rooftop deck and communal garden.

News of the financing comes on the heels of a recent accusation against Spitzer: Svetlana Travis, also known as Svetlana Zakharova, alleged that at Spitzer attacked her at The Plaza hotel in February, according to published reports. His spokeswoman denied the allegations and Travis did not press charges, according to The New York Post.
A representative for Starwood did not immediately respond to a request for comment. A representative for Spitzer Enterprises was not immediately available.