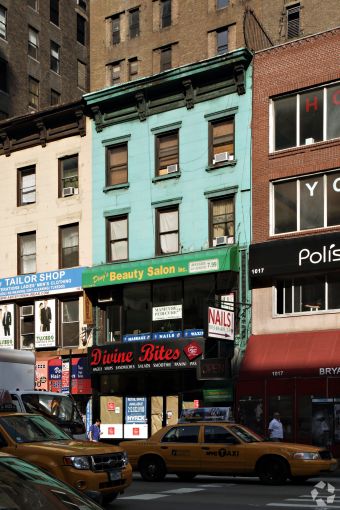 Sophie’s Cuban Cuisine is coming to Avenue of the Americas, Commercial Observer has learned.

The Cuban eatery has signed a 2,900-square-foot deal at 1015 Avenue of the Americas for its 10th location, according to brokers for the tenant and the landlord. That is split evenly between 1,450 square feet on the ground floor and 1,450 square feet on the lower level, which will be used for prep work. Sophie’s is slated to open at the building between West 37th and West 38th Streets at the end of the year.

The 10-year lease has a five-year extension option, the brokers said. Asking rent in the deal was $37,000 a month.

“We are certain [the restaurant] will be an excellent addition to the neighborhood,” Raphan said.

This will be the third Midtown location for the restuarant, with other spots at 369 Lexington Avenue between East 40th and East 41st Streets and 21 West 45th Street between Avenue of the Americas and Fifth Avenue. Along with Downtown and Upper East Side outposts, Sophie’s has a Downtown Brooklyn restaurant at 27 Smith Street between Livingston and Fulton Streets, according to its website.