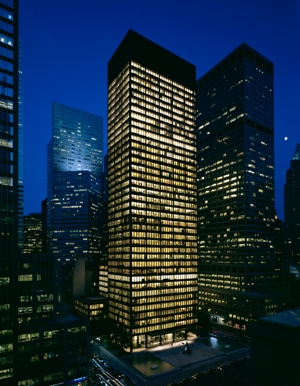 The firm has leased 11,703 square feet on the 37th floor of the 830,928-square-foot building since 2002, according to a press release from the landlord. Asking rents range from $170 to $180 per square foot at the tower officially at 375 Park Avenue between East 52nd and East 53rd Streets, according to The New York Post, which first reported news of the deal.

“We are happy to continue our occupancy in this iconic building with our friends and clients from RFR as our landlords,” Jonathan Mechanic, the head of the real estate group at Fried, Frank, told Commercial Observer in an email. Mechanic said the renewal is for 10 years.

Mechanic and colleague Meyer Last represented the tenant in-house, while AJ Camhi of RFR represented the landlord in-house along with a JLL team led by Matthew Astrachan.

“Fried, Frank is one of the preeminent real estate firms that sets the standard of excellence within our industry, and we are pleased they have chosen to renew at 375 Park,” Camhi said in prepared remarks. “Our property management team works tirelessly to maintain the supremacy of this extraordinary asset and we look forward to continuing our excellent and longstanding relationship with Fried, Frank.”

Along with its Midtown digs, the firm also leases some 390,700 square feet at Brookfield Property Partners’ 1 New York Plaza in the Financial District, according to CoStar Group.