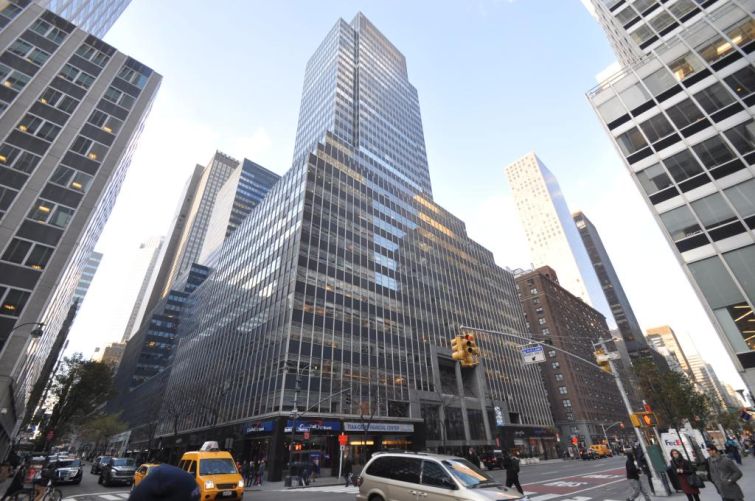 After 15 years on the top floor at 750 Third Avenue, Taiwan-based First Commercial Bank has re-upped, Commercial Observer has learned, and advisory and expert services firm Ankura Consulting Group is moving onto a full floor in the Grand Central Terminal-area building.

Commercial Bank’s 11,779-square-foot space spans the entire 34th floor of the 857,354-square-foot office building between East 46th and East 47th Streets, according to information from landlord SL Green Realty Corp. The renewal lease is for 15 years, said Daniel Horowitz of Savills Studley, who represented First Commercial Bank in the deal.

“The building obviously is well-managed by SL Green and [Commercial Bank is] on the top floor of the building so they have the prestige of having a relatively modest-sized presence and maintaining an outsized commanding view of Third Avenue,” Horowitz said. Natasha Brown represented the landlord in-house in the transaction.

First Commercial Bank will perform “some modest upgrades, reconfigure the space and make it productive for the ensuing years,” Horowitz added.

Meanwhile, Atlanta-based Ankura signed a new five-plus-year lease covering 11,779 for the entire 28th floor of the building, according to a release from SL Green. The building asking rents range from $69 to $72 per square foot, according to Steven Durels, the director of leasing and real property for SL Green. He noted that the company will move in later this summer after a build-out.

“We are delighted to welcome Ankura to the building, and retain First Commercial Bank, Ltd., for the long-term,” Durels said in prepared remarks. He added that “these transactions are testament to the continued robust leasing activity currently be experienced in Midtown Manhattan and particularly within the Grand Central Terminal submarket.”

SL Green acquired the building in July 2004 from TIAA-CREF for $255 million, according to property records. Other tenants in the building include accounting firms Eisner and Marcum, as well as Endurance Reinsurance and FTI Consulting.