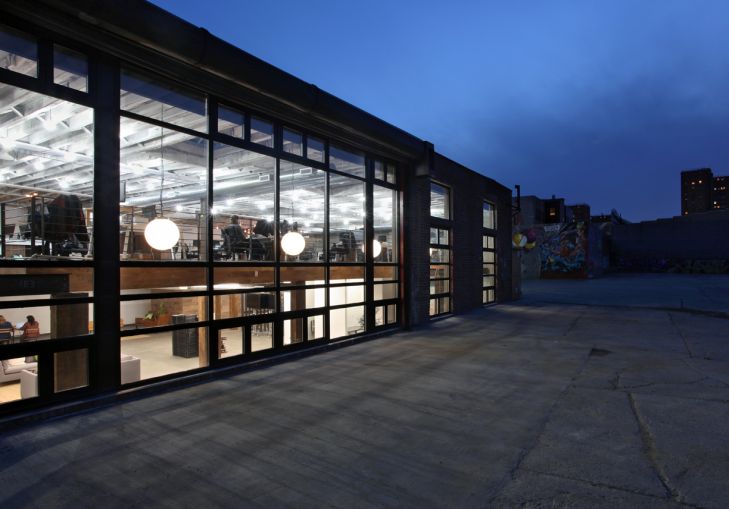 An image of 215 Moore Street, which is now known as The Bushwick Generator.

Online publisher Remezcla has signed an 8,700-square-foot lease for the entire building at 203 Moore Street in the Bushwick section of Brooklyn, for it offices, Commercial Observer has learned.

The company, a digital producer of Latin culture, music and sports news and information, will occupy the one-story building, which is part of Heritage Equity Partners and Lichtenstein Group’s five-building complex between Bushwick Avenue and White Street called The Bushwick Generator.

Remezcla is moving later this month from 3,000-square-foot offices at 101 North 3rd Street in Williamsburg, according to ABS Partners Real Estate, which represented the landlords. ABS did not disclose the length of the deal, but the asking rent was $48 per square foot.

“We’re excited about the expansion of our company,” Remezcla Chief Executive Officer Andrew Herrera said in a prepared statement. “Our move into our new facilities gives us the room to bolster our content capabilities, to host in-house experiential opportunities and to continue to grow our team.”

The Bushwick Generator, which spans 201 Moore Street to 229 Moore Street, is a former steel fabrication warehouse. It was converted to office and retail after Heritage and Lichtenstein purchased it in December 2014 for $28.3 million, according to city records.

In addition to the entire 203 Moore Street, Remezcla is in negotiations for a 2,000-square-foot space at 201 Moore Street, according to ABS.

“The Bushwick Generator stood out because of the open layout, 12-foot windows and high ceilings,” ABS’ Ben Waller, who represented the landlords with colleague Corey Cohen, said in a statement. “The converted warehouse is a turn-key office space, enabling the company to enter the space quickly and efficiently.”

Paul Ferraro and Matt Livingston of JLL, which brokered the deal for Remezcla, did not immediately respond to a request for comment via a spokesman.

CartoDB, a startup that offers map-making and analysis tools, inked a 7,500-square-foot space in The Bushwick Generator in September 2015, as CO previously reported. There is now approximately 75,000 square feet of office and retail space still available for lease at the building.