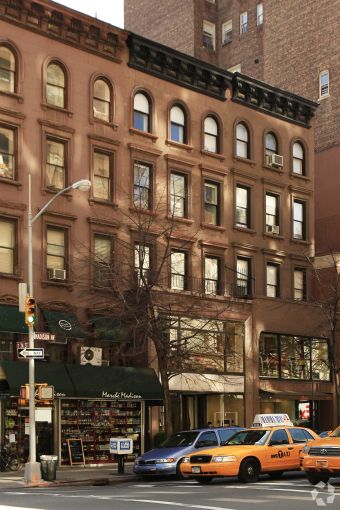 Stella McCartney’s deal to open a store on the Upper East Side at 929 Madison Avenue has officially closed after months of discussions, Commercial Observer has learned.

The high-end fashion designer will take 5,400 square feet of subleased space from art dealer Mallet at the 5,625-square-foot property between East 73rd and East 74th Streets, according to Nicholas Judson of Judson Realty, the sublandlord’s broker along with colleague Stuart Ellman. Stella McCartney will occupy the basement through the third floor.

The deal closed on May 17, Mr. Judson said, and the lease is for north of 10 years. He declined to provide the asking rent. The fashion designer did not have a broker, he said. A spokeswoman for Stella McCartney did not return a request for comment.

“There’s been a great movement of retailers of this nature in this area of Madison and that the cotenancy in the area was one of the driving forces,” Mr. Judson said. “Plus the look of the building was especially of interest to them.”

The Real Deal reported in November that the designer, the daughter of musician Paul McCartney, was in talks for to sublease space at the building. Asking rent on the ground floor was $1,000 per square foot at the time, TRD reported. Mallet’s lease at the Solil Management-owned property runs through February 2028, according to CoStar Group.

Stella McCartney opened her first retail store roughly 14 years ago in the Meatpacking District at 429 West 14th Street between Ninth and 10th Avenues. Five years ago, she moved that shop to Soho, inking a 5,200-square-foot deal at 112 Greene Street between Spring and Prince Streets, as CO reported in 2011.