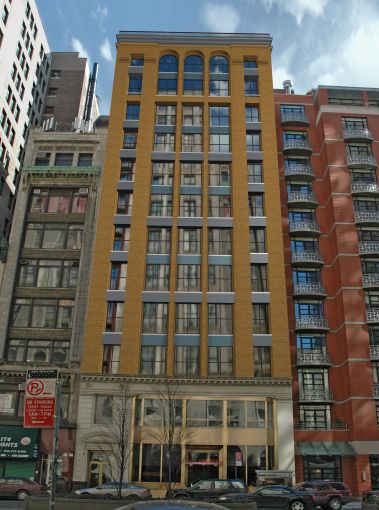 The 20-year-old boulangerie will occupy the entire second floor of the 12-story building between East 26th and East 27th Streets. The 10-year deal had an asking rent of $55 per square foot, the source said. Maison Kayser is planning to move over the summer from its current headquarters on the fourth floor of Bromley Companies’ 120 Fifth Avenue between West 17th and West 18th Streets. ATCO is building out the space for the bakery, the source said.

Maison Kayser has nine bakeries in the city. In November 2015, Maison Kayser signed a 3,000-square-foot deal at Feil Organization’s 841 Broadway for a 10th location, as CO previously reported.

Peter Goldich and John Cinosky of ATCO represented the landlord in-house in the office deal.

“Maison Kayser has a long-established presence in New York City and we are thrilled that they will be establishing their new headquarters at our building at 373 Park Avenue South,” Kate Goodman, co-president of ATCO, said in a prepared statement. “This state-of-the-art office space, coupled with our outstanding Flatiron District location and close proximity to Madison Square Park, make it an ideal location for the company’s workforce.”

Other tenants in the roughly 104,000-square-foot building include Neuehouse and DataXu, and Mexican restaurant Dos Caminos on the ground floor.