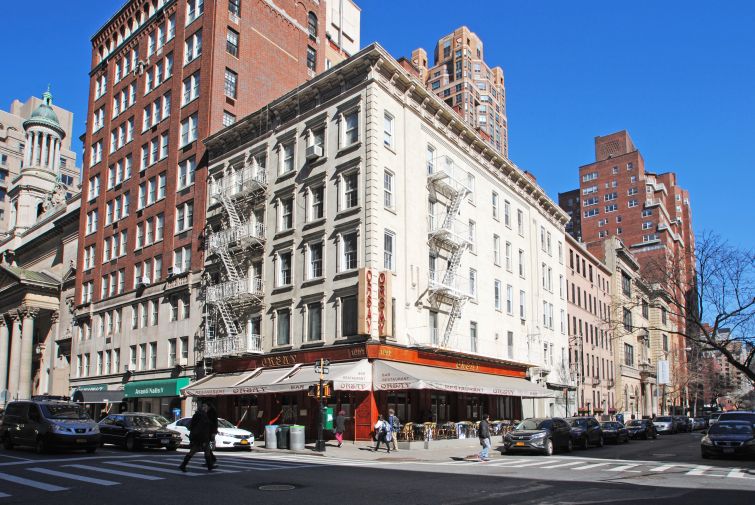 The five-story, mixed-use property that houses popular Parisian-style eatery Orsay Restaurant at 1057 Lexington Avenue has been listed for $36 million, Commercial Observer has learned.

Landlord Rudd Realty is asking for $12 million more than what it paid for the Upper East Side property between East 75th and East 76th Streets two years ago from Orsay owner Jean Denoyer, according to city records.

Following the sale in 2014, Mr. Denoyer entered a leaseback agreement with the new landlord for the 5,600-square-foot eatery, which occupies the basement, first and second floors. The restaurant is paying $178 per square foot in rent and has a lease that expires in 2034, according to Marcus & Millichap, which is marketing the building.

The remainder of the 20,000-square-foot property is comprised of 14 three-bedroom rental units, which are all occupied. Half of the apartments are rent-stabilized, with an average rent of $1,200 per month, while the market-rate apartments go for $4,500 a month.

Rudd Realty updated the seven free-market apartments with high-end finishes. In addition, the building also has 16,000 square feet of air rights for a future residential expansion.

“[The property] is an opportunity for a new investor to acquire a trophy mixed-use corner building on the Upper East Side with a stable retail tenant and potential rental upside of the residential units,” Marcus & Millichap’s Joe Koicim, who is representing the landlord, told CO.