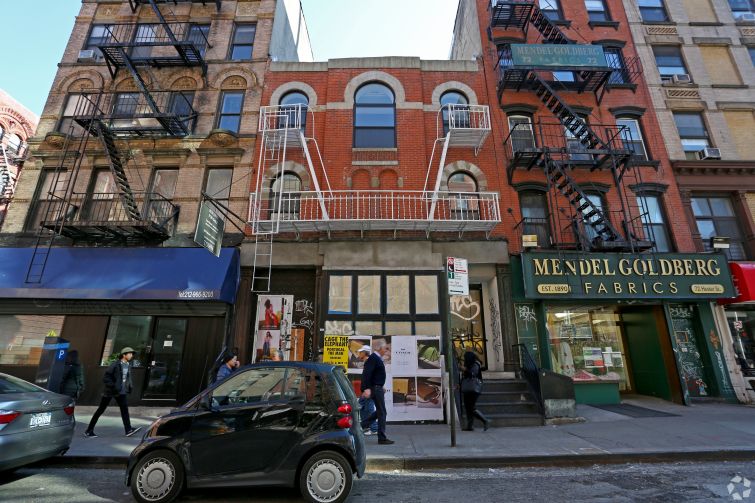 The original location of the First Roumanian-American Congregation on the Lower East Side has been on and off the market since 2012, but it has finally sold to Eduardo de Souza Ramos of Cerfco Participações, a Brazil-based real estate developer.

Mr. de Souza Ramos today bought 70 Hester Street for $5.9 million from Christine Svenningsen’s CSC Landscape Holdings in an all-cash deal, according to Tom Brady of Town Residential, who represented the seller in the deal. CSC no longer wanted to operate a café on the ground floor, which it built out, and lease out the rest of the building as it had planned, and decided to put the building up for sale and take a profit, Mr. Brady said.

Using the name New Horizon Overseas LLC, Mr. de Souza Ramos bought the property for his son to “utilize the upstairs and the wraparound balcony for a recording studio” and then lease out the other spaces, one of which is the turn-key café, Mr. Brady said.

Since its erection 140 years ago, the three-story, 25-foot-wide brick and glass 70 Hester Street between Allen and Orchard Streets has also served as a distillery during Prohibition and a raincoat and shower curtain factory following World War II. It is 4,803 square feet and consists of three retail spaces, but has 11,000 buildable square feet.

CSC picked up the building, which was the subject of the documentary, 70 Hester Street, which premiered at the 2014 Tribeca Film Festival, on Dec. 28, 2012 for $3.7 million, property records indicate. A year later, the building hit the market for lease but there were no takers.

“We never leased it,” said Mr. Brady, who marketed the property then as well. “The owners went through internal restructuring. They decided to go ahead and rehab the entire building” to the tune of $500,000. So the property came off the market.

By March 2015, 70 Hester Street was available for $8.8 million. Seven months later, Mr. Brady dropped the price to $6.8 million, he said, because “there was zero movement. We were priced too aggressively.”

Noeline Cuker of Brown Harris Stevens represented the buyer in the deal. She declined to comment.