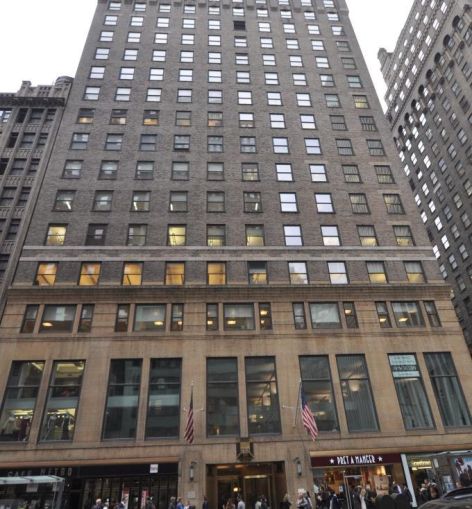 Adama Partners, a venture capital firm for the jewelry industry, has signed a 7,400-square-foot lease to relocate and triple its headquarters at 530 Seventh Avenue, Commercial Observer has learned.

The company will occupy part of the seventh floor of the 490,000-square-foot Midtown office tower between West 39th and West 38th Streets, according to landlord Savitt Partners. The asking rent in the 11-year deal was $59 per square foot.

It is moving in August from 2,500-square-foot offices at Empire State Realty Trust’s 60 East 42nd Street between between Madison and Vanderbilt Avenues, which is also known as One Grand Central Place.

Adama Partners was founded in New York City in 2007 and invests in and operates jewelry businesses. Since the firm is growing its operations and plans to double its employee count to nearly 30 people in the next year, it required larger office space.

The company was drawn to 530 Seventh Avenue because “of the quality location and unique amenities,” Savitt Partners’ Bob Savitt, who represented the landlord in-house with Brian Neugeboren and Nicole Goetz, said in prepared remarks.

Lauren Davidson and Lindsey Ornstein of Transwestern, who negotiated the deal for Adama Partners, did not immediately return requests for comment via a spokeswoman.