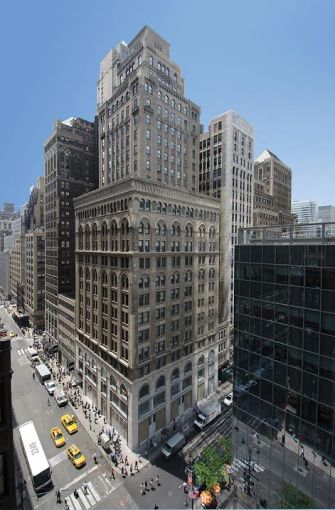 A corporate services provider has signed a lease to take a full floor at 292 Madison Avenue, Commercial Observer has learned.

Hogg Robinson Group is headed for 6,035 square feet on the 17th floor of the 204,000-square-foot property at the corner of East 41st Street, according to a press release from landlord Marciano Investment Group. The lease is for five years, and a spokeswoman for the landlord said asking rent in the deal was $65 per square foot.

“Hogg Robinson is a major international player with a significant technology division, which makes 292 Madison Avenue an excellent fit on so many levels,” Harry Blair of Cushman & Wakefield, who represented the landlord, said in prepared remarks. “In addition to being centrally located, this building has become a center for several [technology, advertising, media and information services] tenants in recent years.”

The company, which provides travel and other corporate management services, is taking space formerly occupied by Borderfree—an e-commerce company. Borderfree meanwhile has relocated and expanded at the building, moving to the third through fifth floors of the 26-story property, as CO has previously reported. In October 2014, the company signed its most recent deal—for the third floor, in which it took 11,113 square feet.