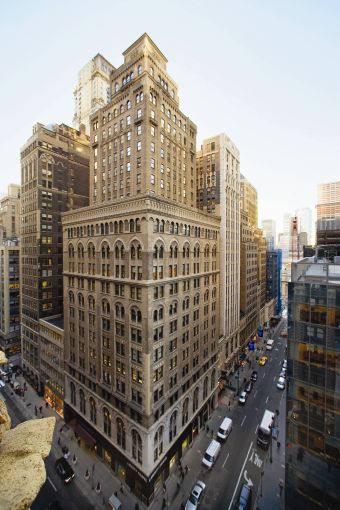 Borderfree, an international provider of cross-border ecommerce solutions, has expanded its lease by 11,113 square feet, or the entire third floor, at the Mufson Partnership-designed 292 Madison Avenue between 40th and 41st Streets, Commercial Observer has learned.

Borderfree, which operates a proprietary technology and services platform that enables U.S. retailers to transact with customers worldwide, relocated to 292 Madison Avenue in 2011, leasing a 6,000 square foot space. Since then, the company has expanded four times. The new lease is for 10 years.

“This expansion accommodates Borderfree’s growth needs and substantially consolidates its occupancy onto three contiguous floors,” Cassidy Turley‘s David Hoffman said in a prepared statement. “The landlord’s willingness to turn-key the third floor was essential in facilitating this most recent expansion. Borderfree has now become the anchor tenant at 292 Madison Avenue. This transaction is the latest example of the northern migration of the tech market from Midtown South and establishes 292 Madison Avenue as a tech-hub for the Grand Central Terminal and Bryant Park submarkets.”

Asking rents in the building are $65 per square foot, Commercial Observer previously reported. Another recent transaction in the 25-story building was media software platform ZEFR‘s deal to open its first New York City office through a seven-year, 4,717-square-foot lease for a 15th floor office. The building is home to a slew of technology companies including Greycroft Partners on the 20th floor and Raptor Trading on the 22nd floor.

“Basically in the last year we leased in excess of 90,000 feet to [technology, advertising, media and information technology companies]-type tenancies,” Mr. Cohen said. “It’s gratifying to have leased this amount of space to that sector of tenancy in this neighborhood which is not where they typically flock to.”

Update: This story was edited to include a comment from a broker for the owner.