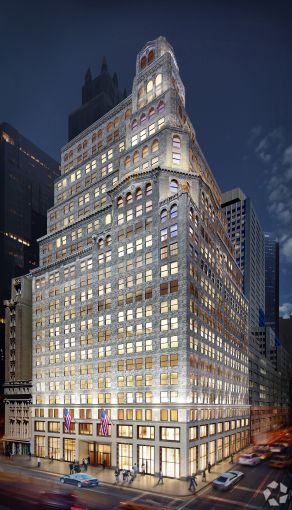 Misys, a financial services software company, has signed an 11-year lease for 23,492 square feet at RFR Realty’s 285 Madison Avenue, Commercial Observer has learned. The tenant will be taking the entire fourth floor at the 26-story, 530,000-square-foot office building at the corner of East 40th Street, and relocating from 1180 Avenue of the Americas.

“We were looking for a modern building to serve as our headquarters for the Americas. It needed to deliver a first class, client-facing space together with top-notch employee amenities,” Tom King, managing director Americas at Misys, in a press release from RFR. “We are confident we’ve found that combination at 285 Madison Avenue.”

The asking rent in the deal, signed last week, was $64 per square foot, according to a source with knowledge of the deal, and Misys plans to move to 285 Madison Avenue in the fourth quarter.

As CO reported earlier this month, GE Capital, the financial services arm of General Electric, signed a lease for 42,989 square feet at 285 Madison Avenue. Other tenants in the building include Janklow & Nesbit, a literary agency that represents the likes of Malcolm Gladwell and William Buckley, Jr.; Ziff Capital Partners and GreenOak Real Estate.

RFR and GreenOak bought the 90-year-old 285 Madison Avenue in 2012 for $189.3 million from advertising agency Young & Rubicam. The building then went through a $65 million gut renovation and design upgrade, which included a landscaped roof terrace with lounge seating and an adjacent indoor multipurpose collaboration space with tables and selected art.