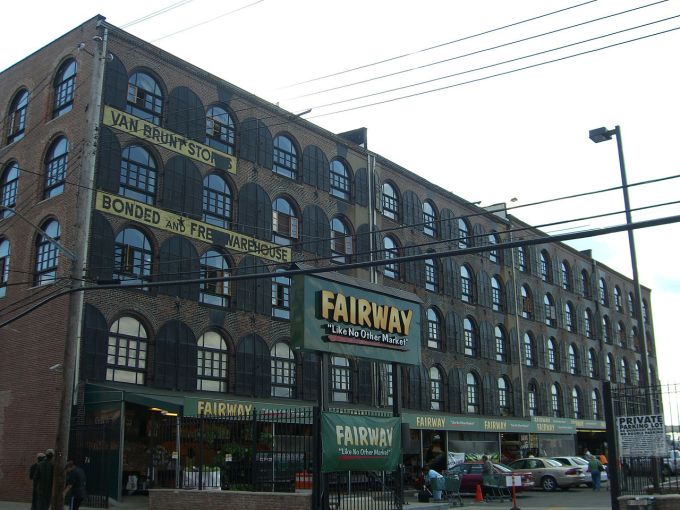 Fairway Group Holdings, the parent company of Fairway Market, has filed for Chapter 11 bankruptcy protection just three years after filing its initial public offering. The supermarket announced late yesterday that it had reached an agreement with its creditors on the terms of a financial restructuring that will rid it of $140 million of senior secured debt and also provide financing to help restructure the company’s balance sheet. Fairway’s stock dropped today to just 7 cents per share.

Fairway’s senior lenders agreed to vote in favor of the plan and exchange their loans for common equity plus $84 million of debt of the restructured company. Additionally, the supermarket has secured $55 million in financing from some of its creditors to assist with its reorganization plans, as well as the post-petition daily operation of its business. The company expects no interruptions to customer service throughout the process, according to the announcement.

Fairway has 15 stores and four Fairway Wines & Spirits stores throughout the Greater New York City metropolitan area. It started as a fresh fruit and vegetable stand at the corner of West 74th Street and Broadway, where its 2131 Broadway store now is, under the name “74th Street Market.” In 1954, it expanded the location to include gourmet and specialty food categories, and renamed the store “Fairway” to convey the concept of fair prices.

In the mid-1970s, the store began transforming into a full-service food superstore. “Fairway is famous for apples stacked to the ceiling, olives straight from Italy, New York-style bagels, hand-sliced smoked salmon, prime beef and specialty imports,” said Jack Murphy, the chief executive officer, in the announcement. “Nobody slices a fish or boils a bagel like us. Nobody.”

Like other supermarket chains, Fairway has faced aggressive competition in New York City from grocery chains such as Trader Joe’s. The Great Atlantic & Pacific Tea Company sold its 11 Food Emporium stores in the Big Apple to other operators following its parent company’s second bankruptcy in July 2015. Then in February of this year, D’Agostino Supermarket announced it would close three stores. Whole Foods, on the other hand, is faring well with eight active locations around the city and more on the way, as Commercial Observer previously reported.