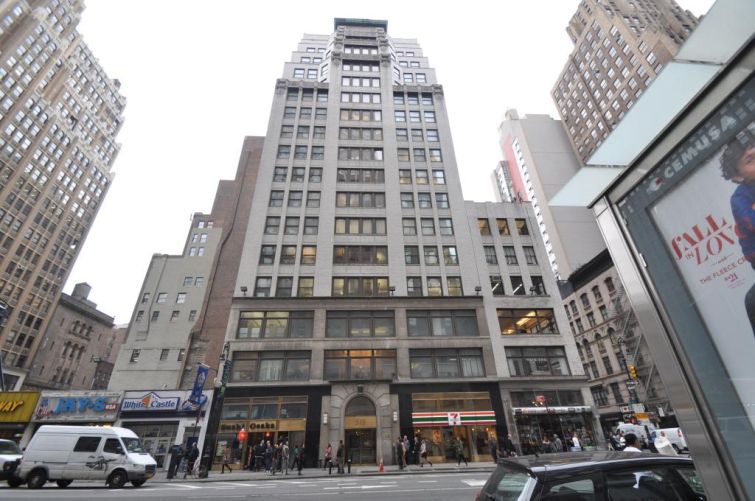 Inspiron Construction Management has signed a 10-year, 7,882-square-foot lease to nearly double its size in a move to 535 Eighth Avenue in the Garment District.

Commercial Observer has learned that the general contractor, which built Coney Island’s Luna Park, will relocate to the entire 12th floor of the 21-story property between West 36th and West 37th Streets.

Inspiron will have “office space that is priced fairly, while simultaneously offering great aesthetics and a preparation for future growth,” Eastern Consolidated’s Jeffrey Nissani, who represented the tenant with twin brother Erik, said in a prepared statement.

The asking rent for the deal was in the high-$40s per square foot. The construction firm is moving within a month from its current location at 511 Canal Street between Greenwich and Renwick Streets in the Hudson Square submarket, where it has 4,000 square feet of space, according to Eastern Consolidated.

Inspiron liked 535 Eighth Avenue because it “is a fully renovated building, with light and views on four sides, and is located in the heart of Times Square south,” Daniel Breiman of Olmstead Properties, which is the leasing and managing agent for the property, told CO.

Inspiron offers construction management, general contracting and advisory services. The firm is building the 12-story, 100,000-square-foot Moise Safra Community Center at 130 East 82nd Street. The property will house a synagogue, a wellness center with spa, an olympic-size swimming pool, a basketball court and a banquet hall.

In May 2010, Inspiron completed construction of Luna Park, a 3.1-acre amusement park with 19 rides, six games and five food kiosks, after just 100 days.