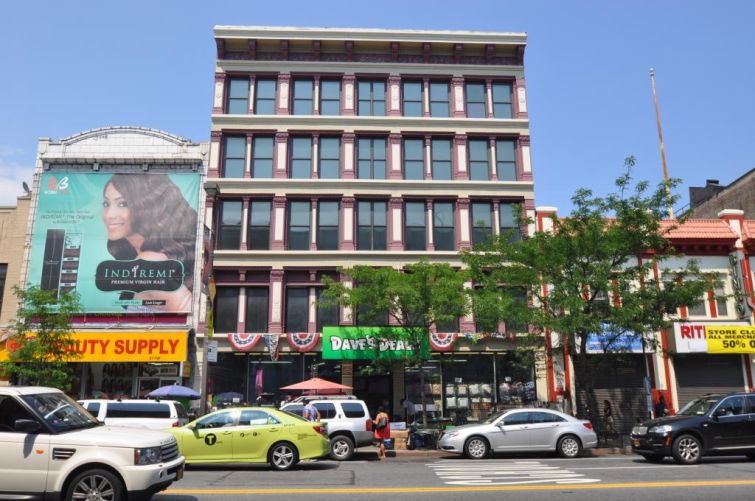 The College of New Rochelle is relocating its 25-year old Rosa Parks Campus in Harlem to a new location within the neighborhood this fall.

Commercial Observer has learned that the school has signed a 10-year, 21,684-square-foot lease at 313 West 125th Street, which is between St. Nicholas Avenue and Frederick Douglass Boulevard. It will occupy the entire second to fifth floors of the building, which Real Estate Equities Corporation acquired the ground lease for in 2015 for $5 million, according to public records. The asking rent in the deal was $50 per square foot, according to CBRE, which represented the landlord.

The college will move into its new digs from its current location a few blocks away at the Studio Museum in Harlem building at 144 West 125th Street between Adam Clayton Powell Jr. and Malcolm X Boulevards.

“The building is ideally located across from Harlem USA [shopping center], and has a certain loft feel to it—that makes it more akin to something one would find in Soho,” CBRE’s Paul Walker, who represented the landlord with colleague Zachary Price, said in a statement.

After Real Estate Equities acquired the building last year, it began a renovation of the property, which includes a new lobby, elevator system and a refurbished façade.

Colliers International’s Steve Jaray and Sheena Gohil, which represented the College of New Rochelle in the transaction, declined to comment via a spokesman. A representative from the college could not be reached as today is graduation day, CO was told by a receptionist.

The landowner of 313 West 125th Street is Plaza Circle Enterprises LLC, which is connected to the estate of Sol Goldman.