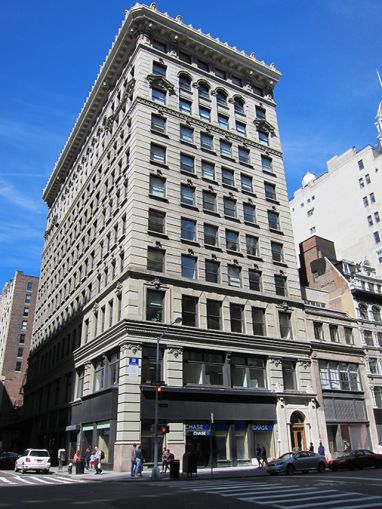 That gives the charity about 125,000 square feet at the property between West 21st and West 22nd Streets in the Flatiron District, the Journal reported. Neither the length of the “long-term” lease nor the asking rent in the deal was available.

Founded by hedge-fund bigwig and mathematician James Harris Simons and his wife Marilyn Simons, the organization will renovate the whole building, as well as the 86-year-old structure’s lobby. It wasn’t immediately clear how or when the property’s current tenants will leave the building.

The property is currently fully leased, according to CoStar Group.

James Caseley, a partner at ABS Partners Real Estate, was the in-house broker for the landlord, which is a group of investors led by some of the principals of the firm. The Union Square-based company declined to comment via a spokeswoman. Peter Hennessey of Cushman & Wakefield represented the Simons Foundation, and didn’t immediately return a request for comment through a spokesman.

Simons Foundation won’t have to move far: it’s currently based opposite on West 21st Street at 160 Fifth Avenue. The organization leases 15,244 square feet at that location in a lease that began in 2012, according to CoStar.