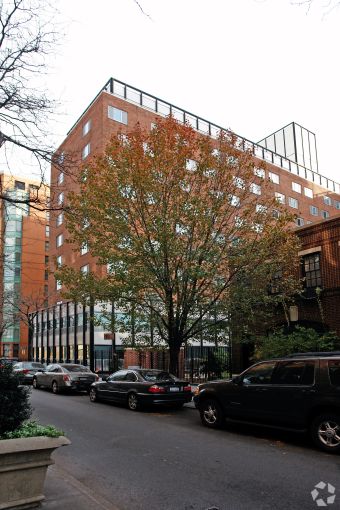 So begins the final phase out of the Jehovah’s Witnesses last holdings in Brooklyn.

The Watch Tower Bible and Tract Society of Pennsylvania, which is the governing arm of the religious group, has put the “rare and expansive” 154,000-square-foot 107 Columbia Heights residential building on the market, according to marketing materials from the organization.

Listing the property comes on the heels of news reports that Kushner Companies, RFR Realty and LIVWRK have agreed to pay north of $700 million for two properties owned by the organization in the Dumbo section of Brooklyn. (Kushner Companies Chief Executive Officer Jared Kushner owns Observer Media, which publishes Commercial Observer.)

A property like 107 Columbia Heights could go for more than $1,000 per square foot in the borough’s hot real estate market, speculated Tucker Reed, the president of the Downtown Brooklyn Partnership. That comes out to roughly $154 million when you multiply the price by the size of the building.

While it wasn’t immediately clear if Watch Tower Society has an outside broker, the listing notes that the 161-unit structure has “prime views, private and rooftop terraces [and] a large auditorium.” The Brooklyn Heights property was built in 1959 and renovated in 2007, the marketing materials indicate.

A representative for the group did not return a request for comment.

The 57-year-old building is one of just a few that the society has yet to sell off as it moves out of Brooklyn to upstate’s Warwick, N.Y. The religious organization announced more than a decade ago that it would leave the city, sell off its assets and move its headquarters to the Orange County town, as CO has previously reported. The Brooklyn Daily Eagle noted in December 2015 that other Watch Tower Society holdings include 97 Columbia Heights, 119 Columbia Heights and 1 York Street.

Brooklyn mavens said the religious group has kept its buildings in pristine condition, increasing the value for new buyers looking to repurpose them.

“The Watch Tower properties are always maintained in a fashion that would make Buckingham Palace blush,” said Timothy King, the managing partner of Downtown Brooklyn-based CPEX Real Estate. “They always sell at a premium to the market and I have no doubt they will achieve a record price for these trophy assets.”

Watch Tower put three of its properties on the market this past December, including its headquarters at 25-30 Columbia Heights in Brooklyn Heights. The combined buildings were estimated to sell for $1 billion, as CO previously reported. Kushner, RFR and LIVWRK are in talks to buy 25-30 Columbia Heights and a vacant development site at nearby 85 Jay Street, as The New York Post reported today.

The same trio scooped up six buildings from the Witnesses three years ago for a reported $375 million. It has since converted the properties, formerly used for producing and storing the religious entity’s literature, into a tech campus dubbed Dumbo Heights, as CO previously reported. WeWork, Etsy and jeweler Alexis Bittar have signed leases at the repurposed structures.