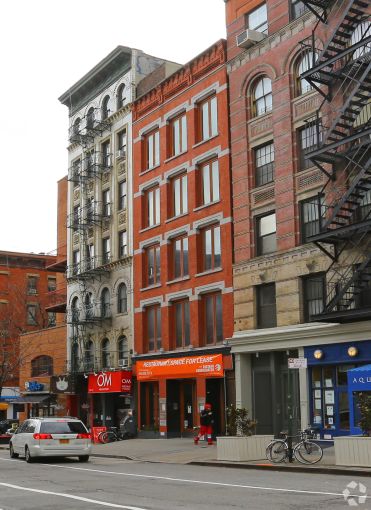 The company, which owns and manages a portfolio of hotels in New York City, Los Angeles and Miami, has given up nearly 60 percent its office space with the move to its new home between Avenue of the Americas and Sullivan Street.

Sixty Hotels relocated from a 6,000-square-foot space at 54 Thompson Street between Broome and Spring Streets into the new digs on April 1. The asking rent was $75 per square foot, and it now occupies the entire fourth floor of the five-story 206 Spring Street, which is owned by Corigin Real Estate Group.

Sixty Hotels moved “into a completely renovated boutique office building that was tastefully updated with modern conveniences such as a private glass-keyed elevator from which you can see the building’s interior,” Eastern Consolidated’s James Famularo, who represented the landlord in the transaction, said in a prepared statement. “The office space is located in an airy, open floor through that features high ceilings, great sunlight and exposed brick.”

Rick Johnson of BSD Realty Worldwide, who handled the deal for Sixty Hotels, did not immediately return a call for comment.