MSG Move Would Be a $5B Nightmare Dressed Like a Daydream: Transit Group [Updated] 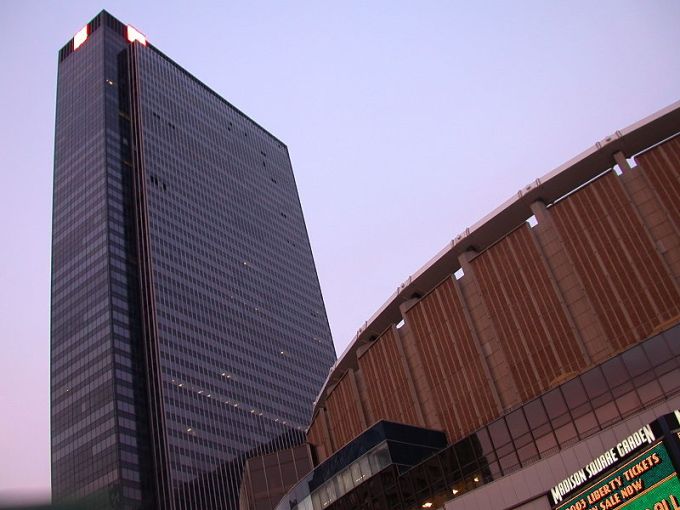 With his record breaking 36 sold-out shows at Madison Square Garden, Billy Joel seems to own Eighth Avenue between West 31st and West 33rd Streets. And moving the Piano Man—even a few blocks away—wouldn’t be economically sound.

A report released today by the Rudin Center for Transportation Policy and Management suggests relocating the arena to a nearby location would cost upwards of $5 billion, take a particularly long time and become an urban planner’s worst nightmare. The findings are part of the think tank’s study of a recently proposed overhaul of Pennsylvania Station and its extension to the James A. Farley Post Office opposite Eighth Avenue.

Civic Groups pining for a new version of the old Penn Station might be well intended, but “are pursuing a dream that is unlikely to ever be fulfilled,” Mitchell Moss, the head of the Rudin Center, told Commercial Observer, adding that proposals for an above-ground station on MSG’s footprint “is another example of architects run wild.”

Advocates for a new Penn Station—one similar to the one demolished in the early 1960s—have pushed in the last few years to relocate MSG, which was completed at its current site in 1968. In 2013, the New York City Council only renewed the stadium’s special permit (like a lease) at the site for 10 years until 2023 in hopes that it would be relocated. MSG had a 50-year approval that allowed the structure to act as an arena, as Commercial Observer reported last year.

Mr. Moss said Penn Station has become a place of quick transfers between subway lines, the Long Island Railroad and NJ Transit. Thus it isn’t a landing point like Grand Central Terminal or the World Trade Center PATH Station that have spacious waiting areas as did the old Penn Station.

But to do so now in the frenzy of development along Manhattan’s West Side would be particularly complicated, according to the report. One site it suggests as an alternative is the Morgan Annex of the U.S. Postal Service, which spans Ninth to 10th Avenues from West 28th to West 30th Streets. The price tag on that land could still be costly, even if values aren’t what they were a year ago, with the report estimating the acquisition of that site running between $750 million and $800 million.

Demolition of the existing building at that site and construction of a new MSG would be at minimum $1.6 billion in 2016 currency, according to the study. That includes a new 5,600-seat theater that’s part of the current arena—something already expected to be demolished (and relocated to a yet-to-be-determined location) to make way for a brighter entrance to Penn Station. Even demolition of the existing MSG, which underwent a $1 billion renovation between 2010 and 2013, could cost roughly $65 million.

Building an entirely new Penn Station while LIRR, NJ Transit and Amtrak trains continue to run could cost anywhere from $2 billion to $2.5 billion. Ground-up development of a new train hub on what’s currently the MSG site would also require acquiring and demolishing Vornado Realty Trust’s Two Penn Plaza next door to the arena, according to the report, which would cost north of $600 million.

Buying Two Penn Plaza doesn’t seem all that likely, either, since Vornado announced in a February earnings call that it plans to upgrade and integrate the building with One Penn Plaza, creating a 4.2-million-square-foot complex. Executives at Vornado, which owns 9 million square feet in the surrounding area, have supported the state’s plans to upgrade the existing Penn Station. Chief Executive Officer Steven Roth said at the time that Two Penn Plaza would be getting a new exterior that should dovetail with the planned entrance renovations for the station below it.

“The skin will also involve the entrance on Seventh Avenue to Penn Station which is directly under our building which is the main entrance to Penn Station,” Mr. Roth said on the call, “so there’s lots of things going on here which are enormously exciting.”

A traffic headache could be in the making, too, if MSG moves a block west and two blocks to the south. The report suggests that more sports fans and concert-goers will likely take cabs or drive to games instead of taking the subway because it’s two blocks from the subway station. There are six subway lines—the A, C, E, 1, 2 and 3 trains—directly under the current complex.

“More importantly [if MSG was moved west, it] would be surrounded by a flourishing residential area,” Mr. Moss said.“I think there’s a general misunderstanding about how important it is to have a high-use sports facility above mass transit.”

Gov. Andrew Cuomo announced in January a $3 billion plan to rehabilitate and extend the existing Penn Station, renaming it the Empire State Station Complex. Under the plan, Amtrak trains would be moved into part of the post office, renamed Moynihan Station. Moving the long-distance rail service would free up about 60,000 square feet in Penn Station for retail, restaurants and other uses, according to this month’s report from the Rudin Center.

Part of the governor’s plan is to demolish and relocate The Theater at Madison Square Garden on Seventh Avenue to allow for a larger entrance and more light into the rail hub. The report estimates that demolishing, relocating and rebuilding a new 5,600-seat theater will cost more than $1 billion.

Several major developers are reported to be touring the complex to see if they want to get on board with redeveloping the site. Under Mr. Cuomo’s plan, a developer can design and build either part or all of the complex in exchange for management rights over a set period of time. Penn Station proposals were due to the state-run Empire State Development on April 22.

Update: This story was edited to include comments from Mitchell Moss.