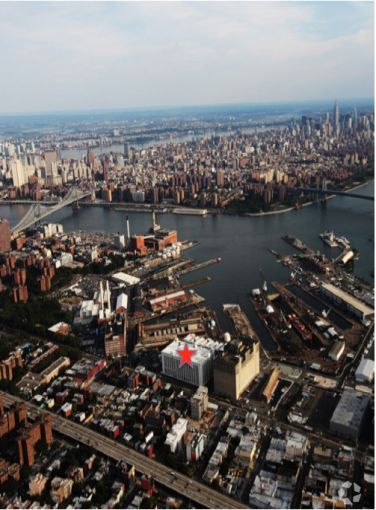 Mast Brothers, the chocolate-maker that’s come under fire in the last year for the origin of its cacao beans, is moving from just outside of the Brooklyn Navy Yard into the actual complex.

The 10-year-old Williamsburg-born company has inked a 15-year deal for 65,000 square feet at the Navy Yard on the waterfront, according to a press release from the Brooklyn Navy Yard Development Corporation. Mast Brothers will be using the space for its headquarters, factory and packaging plant as it plans to double its workforce to 150 employees from 75.

The expansion of the company will take place over the next three years, according to The New York Times, which first reported news of the deal. Mast Brothers will be in the Green Manufacturing Center, which is now fully leased, the Navy Yard release indicates.

“It is a dream come true to be a part of the incredible Brooklyn Navy Yard community and have the chance to create many more delicious jobs,” Michael Mast, who co-founded and runs the company with brother Rick Mast, said in prepared remarks.

The bearded, hipster siblings’ company is currently based at 46 Washington Avenue between Park and Flushing Avenues. How many square feet Mast Brothers has at that location was not immediately clear.

Mast Brothers was criticized last year when food blogs called into question the origin of the company’s practices and whether the siblings grounded their own cacao beans when they started making chocolate in the kitchen of their Williamsburg apartment. Rick told the Times in December 2015 that at the start they began by melting industrial chocolate when starting out a decade ago before developing their own “bean-to-bar” method.

It’s one of two that the brokers recently completed at the former shipyard. The other was a five-year transaction for furniture-maker Patina Studios. The company, which makes rental furniture for retail stores and art galleries, signed a lease earlier this month for 18,790 square feet of showroom space at Building 3.

A Douglas Elliman Commercial spokesman declined to provide asking rent in the deal. Patina is moving from a smaller space in Bushwick, he added.

The Navy Yard has come more into the spotlight in the last few weeks. The former shipyard, which the city secured control over from the federal government nearly 50 years ago, will play host to tonight’s Democratic primary debate between Sen. Bernie Sanders and former Secretary of State Hillary Clinton.