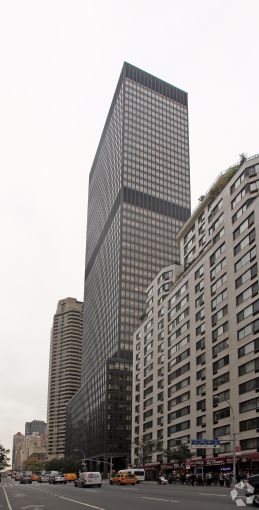 Handler Real Estate Organization represented the tenant in the 10-year renewal for the entire 47th floor at 885 Second Avenue, also known as One Dag Hammarskjold Plaza, which spans the entire block from East 47th to East 48th Streets. The landlord, Ruben Companies, was represented in-house, a spokesman for Handler said. The asking rent was in the low- to mid-$80s per square foot.

The 50-story Class A office tower is 782,928 square feet and is a popular destination for United Nations missions, Commercial Observer previously reported. Tenants include Consulate General of Denmark as well as Permanent Missions to the United Nations for the United Kingdom, France, Canada, Belgium, Ireland, Sweden and Chile, according to CoStar Group.

“Wachtel Missry is a prestigious law firm that wanted to remain in its elegant, Class A space, located in one of Midtown’s prime office districts,” Handler’s Scott Galin, who along with Darell Handler represented the tenant in the deal, said in prepared remarks. “The recent building renovations and spectacular views helped make their renewal an easy decision.”

“We were extremely pleased with Handler’s dedication, understanding of the marketplace and creativity in facilitating our lease renewal,” Wachtel Missry Partner Morris Missry said in a statement.