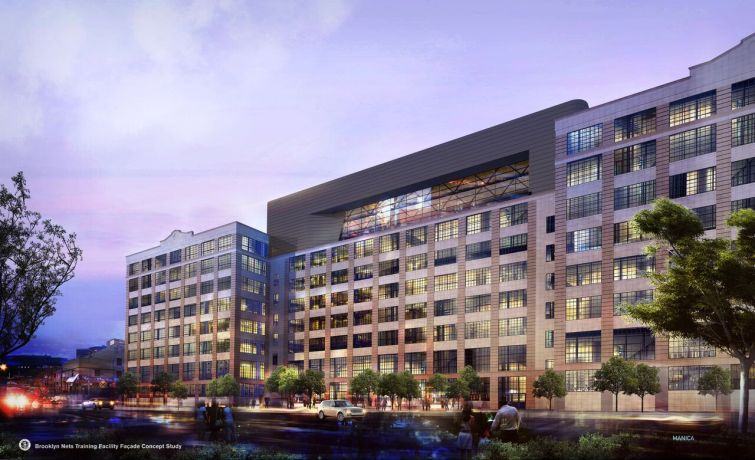 The owners of Industry City are renovating Building 19 to create a 500,000-square-foot block of space for creative and technology tenants, Commercial Observer has learned.

The space spans seven floors beneath the Brooklyn Nets’ playing facility on the eighth floor and rooftop of the Sunset Park building which has an address of 168 39th Street. Led by Belvedere Capital and Jamestown, the owners will upgrade the basic infrastructure and add new windows and a new lobby to the 1.3 million-square-foot building.

“While the city’s innovation economy continues to grow, the sectors leading its resurgence continue to be challenged by the white-hot real estate market,” Andrew Kimball, the chief executive officer of Industry City, said in prepared remarks. “Activating this space will help maintain the city’s competitive advantage and ability to capture the job-generating companies looking to expand here.”

Newmark Grubb Knight Frank New York Tri-State Region President David Falk and his team are the exclusive leasing agents for the space, and will collaborate with IC’s internal leasing team, headed by Kathe Chase. Asking rents property-wide are $15 to $35 per square foot, according to an IC spokeswoman.

“The culture of Industry City—driven by its diverse range of creative and innovative tenants, as well as the ownership’s emphasis on place-making—is what makes the property unlike any other place in New York City,” Mr. Falk said in a statement. “That authentic Brooklyn culture, combined with the property’s incredible space makes Industry City a major contender with the country’s top companies looking to enter and expand within the Brooklyn market.”

Between IC and the Nets, $50 million has been invested to update Building 19, the IC spokeswoman said. The 500,000 square feet, which is vacant or being used for storage, will be ready for occupancy this summer.

Building 19 is part of the 6-million-square-foot group of warehouse structures on the waterfront in Sunset Park. Tenants include Time Inc., Suneris, a biotech company which created VetiGel blood-stopping agent, and AbelCine, an audio-visual store.