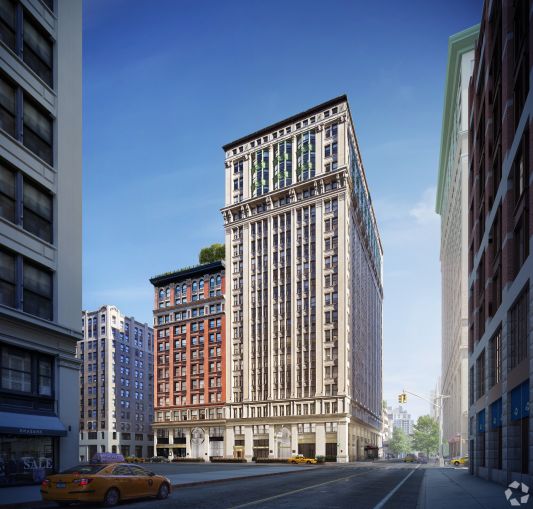 Office leasing in Midtown South has taken a complete nose dive, according to a first-quarter report by Newmark Grubb Knight Frank released today.

In the first three months of 2016 there were only 1.6 million square feet worth of deals signed compared with 2.7 million square feet in first-quarter 2015 in Midtown South, which NGKF considers from Canal to 30th Streets from the Hudson River to the East River.

What’s still moving upward though in Midtown South are rents, which climbed 9 percent to an average of $72 per square foot in the first quarter of 2016, from just $66.13 year-over-year.

Higher rents are driven by the demand to be in Midtown South. The area’s availability rate, or amount of space that is currently on the market, dropped to 7.8 percent from 8 percent in the first quarter of 2016, the report indicates. But the amount of available office space is much smaller than in other areas in Manhattan, such as Midtown (11.7 percent) and Downtown (12.2 percent).

“The availability rate is very low and space that has been made available has been more expensive because of the success of the market,” Stephanie Jennings, NGKF’s director of tri-state research, told Commercial Observer. “You combine those two factors and that’s what has been driving tenants to look at other markets.”

Technology, advertising, media and information services, or TAMI, tenants led the way in leasing office space in Midtown South in the quarter, accounting for 68 percent of the deals and many of the largest transactions. Facebook signed a 200,000-square-foot deal for a new office at 225 Park Avenue South between East 18th and East 19th Streets, as CO reported in March. And in a separate deal, the social media giant took 80,000 square feet at 770 Broadway in February, bringing its total space in that building to 366,635 square feet.

AOL also signed a deal at 770 Broadway between East Eighth Street and Wanamaker Place this year to expand by 75,000 square feet, bringing giving the company a total of 308,000 square feet in the building.

“Midtown South has high demand from bigger companies like Facebook and AOL because of the market’s character, its transit access, and its cachet as the epicenter of TAMI,” Ms. Jennings said. “They’ve moved there recently, or grown up there, and now they want to expand there.”

While larger and more established TAMI companies are still making deals in Midtown South, many smaller ones are moving to other areas of New York City in search of cheaper rents, like in Brooklyn, and Downtown Manhattan, as well as around Grand Central Terminal and Penn Station, Ms. Jennings said.

In fact, in a separate NGKF neighborhood report released today, TAMI tenants are driving an uptick in leasing Downtown, which saw 2.3 million square feet of deals in the first quarter of 2016.

“Some people feel that there is gentrification of the office market in Midtown South,” Ms. Jennings said.

TAMI tenants accounted for roughly one-third of the deals in Downtown in the first quarter, where the average asking rent was $61.24 per square foot, and six of the seven largest transactions were with tech or creative firms.

A month ago, the millennial-focused media site Mic signed a 36,099-square-foot deal to double its footprint in a move to 1 World Trade Center. It is relocating from 19,000 square feet at 325 Hudson Street this summer, as CO previously reported.

Despite lackluster leasing in the early months for 2016, Ms. Jennings stopped short of saying that Midtown South has reached its limit in terms of rising rents and demand.

“I don’t have a crystal ball, but I think there is a mix of sentiments about what is happening in Midtown South,” Ms. Jennings said. “Some feel that the sky’s the limit. Others feel that what makes Midtown South, Midtown South is being pushed into other markets.”