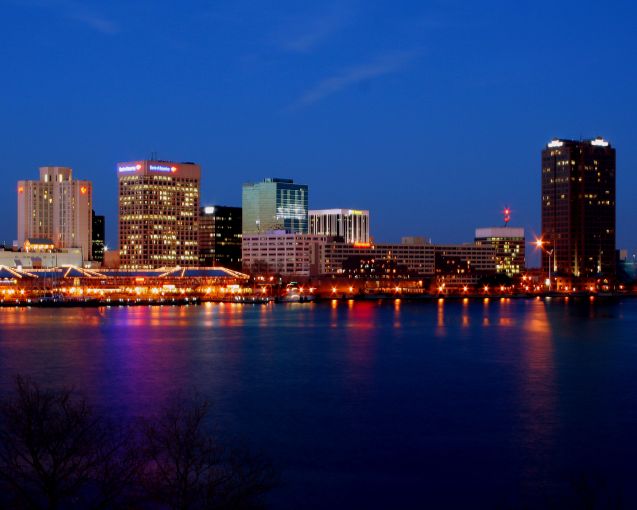 A view of the Dominion Tower from the Elizabeth River (photo courtesy: Wikipedia). Cathy Cunningham

The financing replaces HGI’s previous mortgage from Bank of America, which was set to mature on May 1. The loan is now refinanced out of the BACM 2006-2 commercial mortgage-backed security and the change will be reflected in the May remittance report, a source with intimate knowledge of the deal told CO. Given the size of the loan, it is likely that it will be contributed into a new CMBS deal, the source said, although no further details can be gleaned at this time.

Located at 999 Waterside Drive, in the primary financial district for the Hamptons Road region of Virginia, Dominion Tower has 360-degree views of Elizabeth River and the Norfolk skyline. The structure is the tallest building in Norfolk and is named after the state’s nickname, “The Old Dominion.” It borders the entrance to the city’s main highway, Interstate 264.

The property was built in 1987 from steel and granite, and has floor-to-ceiling insulated glass panels. The 26-story office building is 436,000 square feet, 403,276 square feet of which are rentable. The attached eight-level garage has 1,255 spaces, 372 of them dedicated to the neighboring Sheraton Hotel. Building amenities include conference rooms, a YMCA, multiple stores and a restaurant, VINTAGE kitchen.

The tower’s other tenants include Wells Fargo Advisors and Palladium Partners.

Officials at HGI did not respond to requests for comment. A representative for CIBC declined to comment.