Commercial Observer’s 2016 Dubious Player of the Year Goes to… 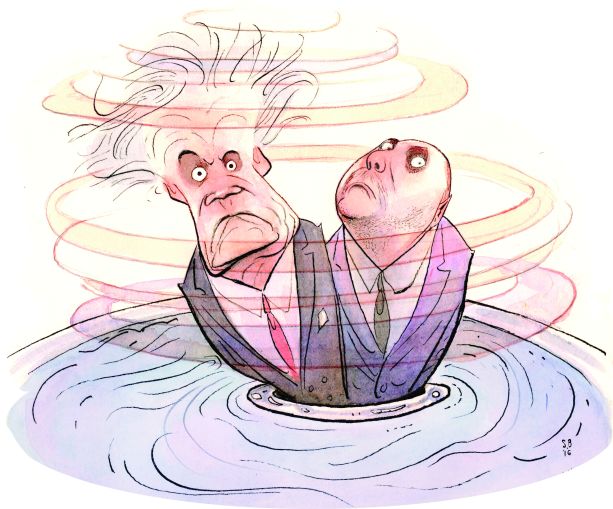 Last year Commercial Observer bestowed our first dubious award to then Assemblyman Sheldon Silver, the ex-speaker who was arrested in a web of corruption and has since been convicted. (We didn’t know Silver was also, apparently, a philanderer. For more on this, see the story here.)

This year another once-powerful New York State political figure earned this less-than-flattering distinction, presented by the United States Attorney’s office. Former State Senate Majority Leader Dean Skelos was arrested not long after last year’s issue came out in a case that was heavily tied to the real estate industry. He and his son, Adam, were found guilty on a slew of charges last December. The father-son duo is awaiting sentencing.

For those of you who aren’t familiar with the scandal, it’s worth revisiting a few of the things the Long Island Republican and his short-fused son were convicted of. Federal prosecutors essentially alleged that the elder Skelos used his powerful position to pressure Glenwood Management executives to help get his son no-show jobs.

Glenwood’s Charles Dorego took the stand during the trial, as a cooperating witness, and throughout Mr. Dorego’s testimony, prosecutors brought up that in 2011 Skelos was pressuring the company into finding Adam a job as the fate of a renewed 421a hung in the hands of the Legislature.

There were downright embarrassing moments revealed. Feds played wiretaps that revealed a very angry Adam, who would randomly call potential customers and begin cursing them out, and Dean calling his sometimes pal Gov. Andrew Cuomo names we won’t repeat here. (He also threatened to run against him when he was up for re-election.)

Because Skelos was found guilty of eight felony counts, he was immediately tossed out of the state Senate (yes, you can technically serve in the Legislature if you’ve been convicted of a misdemeanor). It ended a 30-year career that saw the Long Islander rise to the pinnacle of the Empire State’s upper chamber.

His fall was steeper and swifter than others before him who have since traded in their tailored suits for prison jumpers. Skelos was part of the “three men in the room” gang traditionally associated with how New York’s budget and key laws are brokered (the others being the governor and the assembly speaker). The Republican brokered deals on not just 421a but also rent regulation and other tax rules that Albany has over the five boroughs.

Last year’s arrests of Silver and the Skeloses sent a shivering wave through the real estate community. Between January and November 2015, Glenwood only donated a mere $61,000 to candidates. Most would say the company, which donates heavily in election years, was taking a breather. But even in the last off year for an election, 2011, Glenwood donated $447,184, according to campaign finance records filed with the state.