The fast-food chain known for its chicken sandwiches, Chick-fil-A, is coming to Queens Center mall, in Elmhurst, Queens, Ryan Holmes, management consultant of urban strategy at Chick-fil-A, told Commercial Observer. The food court location, which will open in the fall, will mark the Atlanta-based company’s first move into the outer-boroughs.

“It’s a great mall and a great business opportunity,” Mr. Holmes said. “The foot traffic is amazing. One day we’d like to have a great presence and serve all the customers we can in all five boroughs.”

The new 1,000-square-foot eatery, which will be franchisee-run, is likely to offer “pretty close to the full menu,” he said.

“Up until 20 years ago, we were primarily in malls,” Mr. Holmes said. “Because of our experience in malls and our long history there and that mall is great and vibrant, it was a great opportunity. We seized it.” He noted that it is a way for the company “to expand into one of the other boroughs.”

At Queens Center, owned by Macerich, Chick-fil-A is combining spaces previously occupied by Nathan’s Famous and Taco Bell, said Macerich’s John Scaturro, who does marketing for the mall, which is at 90-15 Queens Boulevard.

“It’s a very popular food alternative in the New York area,” Mr. Scaturro said. “There isn’t another one in the area. It resonates with our guests.”

Chick-fil-A negotiated directly with the mall, according to a company spokeswoman.

Despite the Queens entree, the company is primarily focused on targeting new spaces in Manhattan and Long Island, Mr. Holmes said. The company has announced that there will be two new Chick-fil-As in Long Island, one each in Hicksville and Commack.

Chik-fil-A first opened a franchise-run eatery in New York City last October in the Garment District, followed by one nine blocks north near Rockefeller Center earlier this month. Chick-fil-A also has a small outlet at New York University, which is operated via a license agreement. And, at the end of March, the New York Post reported Chick-fil-A was in talks to open a location at One Madison. Mr. Holmes said there was no signed deal at the base of the residential condominium tower located on East 23rd Street between Broadway and Park Avenue South. 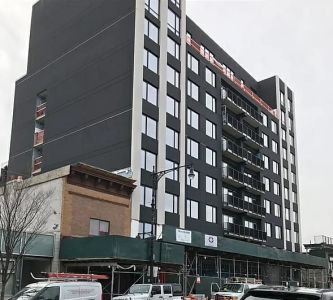 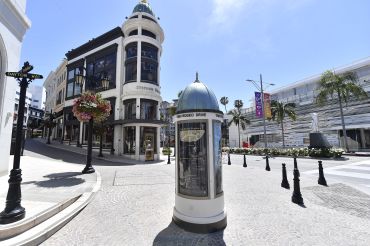