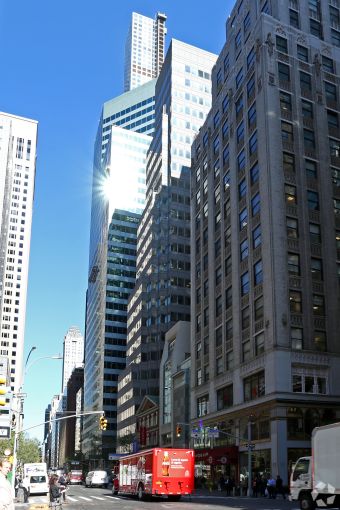 Community Counseling Service, which designs strategic development initiatives across all major non-profit sectors, will be bringing its operations under one roof in East Midtown, according to a release from Savills Studley.

The nonprofit consultants signed a 12-year lease for 12,550 square feet on the entire fifth floor at 527 Madison Avenue between East 53rd and East 54th Streets. The asking rent was in the low-$70s per square foot, a spokeswoman for Savills Studley said.

When Community Counseling Service moves into its new digs on June 30, it will be able to consolidate its operations from 461 Fifth Avenue between East 40th and East 41st Streets, where it has been for 14 years, and an office in Wall Township, N.J.

Savills Studley’s Patrick Gardner and Howard Poretsky represented the tenant in the transaction, and the landlord, Mitsui Fudosan America, was represented by James Frederick of Cushman & Wakefield. A spokesman for C&W didn’t respond to a request for comment.

The consolidation involved negotiating the new lease at 527 Madison Avenue and a lease termination at 461 Fifth Avenue so CCS would only have to pay rent in one location, Savills Studley indicates in a release.

“Working within an accelerated timetable we were able to negotiate a favorable termination agreement and structure a new lease that provides CCS with an estimated 30% annual cost-savings,” Mr. Gardner said in prepared remarks.

Mitsui Fudosan America purchased the building in September 2008 for $225 million, according to property records.