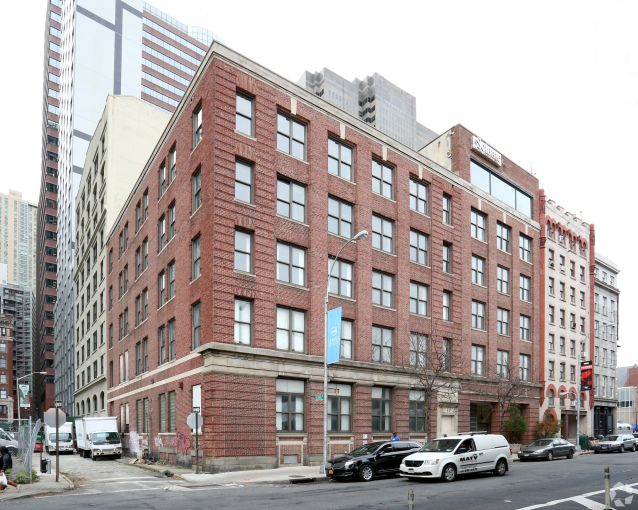 A Chinese investment group wrapped up today the $390 million purchase of a Downtown development site from the Howard Hughes Corporation, Commercial Observer has learned, marking one of the largest land deals so far this year.

China Oceanwide Holdings bought 80 South Street between Fletcher and John Streets from the Dallas-based company, which owned it for a little more than a year. The property is currently zoned for a 818,000-square-foot, mixed-use building.

The Beijing-based investment group announced last summer that it would pay $390 million for the site and one nearby, as Crain’s New York Business reported at the time. The property had the potential for 440,000 square feet of residential use and about 380,000 square feet for commercial space. But that could go up as real estate blog Curbed reported last month that the City Planning Commission has approved the transfer of 426,940 square feet of air rights to the plot from 80 South Street’s adjacent site.

CBRE’s Darcy Stacom, William Shanahan, Paul Leibowitz, Dave Krantz and Carl Shorett represented Howard Hughes in the sale. A spokeswoman for the brokerage declined to comment. China Oceanwide Holdings could not immediately be reached for comment.

Howard Hughes, which has redeveloped a big slice of the broader South Street Seaport  pocket of Downtown, put the 8,128-square-foot plot on the market in April 2015, as CO previously reported. That came just four months after the company bought the site for $100 million, property records show.

The site has long been poised for a supertall tower along the lower reaches of the East River. Architect Santiago Calatrava drew up in the mid-2000s an 835-foot residential tower, but those plans fell apart by 2008. Morali Architects tried to follow that up with a 1,018-foot skyscraper that received approval from the City Planning Commission in 2013, as CO previously reported last April.

Despite worries of a market slowdown, today’s sale represents more than double the price of some of the other land transactions this year. In January, Related Companies closed on a 10th Avenue parcel for its Hudson Yards project for $152.3 million, as CO reported that month. Around the same time, Forest City Realty Trust sold off a vacant lot at 625 Fulton Street in Downtown Brooklyn to a local developer for $158 million.

Tishman Speyer earlier this month announced it closed on two Far West Side plots as part of an assemblage. The developer declined to proved how much those sites—434-444 11th Avenue between West 36th and West 37th Streets and 550 West 37th Street between 10th and 11th Avenues—in the development-heavy neighborhood cost. Crain’s reported in June 2015, however, that Tishman Speyer would pay $185 million for just 434-444 11th Avenue.