Related Pays $152M for a Far West Side McDonald’s 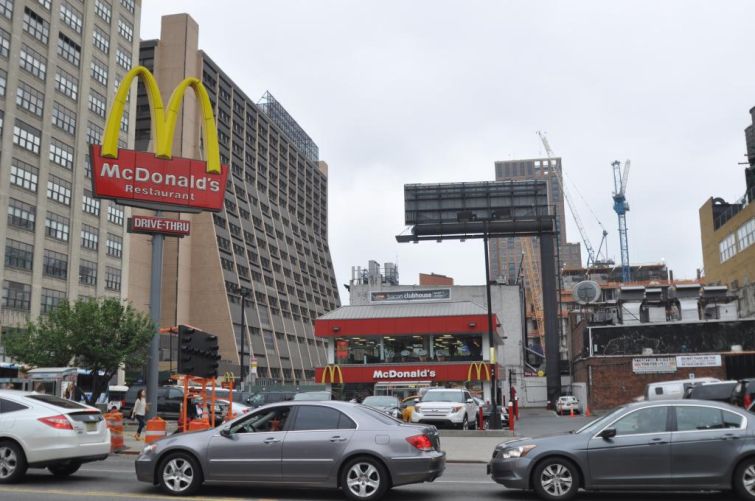 The Big Macs might be great, but this isn’t your typical McDonald’s purchase.

Related Companies closed a deal to buy the McDonald’s at 427 10th Avenue for $152.3 million. This was the final plot the developer needed for its 17.5-million-square-foot development at Hudson Yards.

McDonald’s Corporation sold the Mickey D’s between 33rd and West 34th Street on Dec.15, according to city records published last Friday. The deal was first reported about in October 2015 by Crain’s New York Business, but no price was revealed. The fast-food joint has already shuttered, according to local blogs.

Related and its partner Oxford Properties Group plan to erect a 1,068-foot, 62-story office building with 2.3 million square feet of space called 50 Hudson Yards at the site, according to the development’s website.

The developers topped out 10 Hudson Yards, a 1.7-million-square-foot office and retail building, late last year, that is part of their overarching plans for the Hudson Yards. Related and Oxford also closed on loans from seven national and global lenders, for $2.19 billion in debt as part of $5 billion in financing for 30 Hudson Yards and the coinciding Shops & Restaurants at Hudson Yards, as Commercial Observer previously reported.

A spokeswoman for Related did not immediately return a request for comment about the McDonald’s purchase, and nor did a representative for the fast-food company.