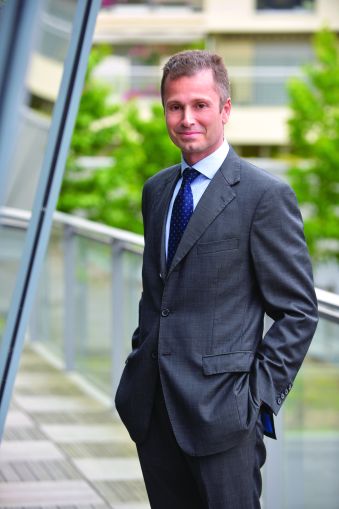 More than five years later, Mr. Rean and his global team have brought a gust of new wind into the conference on the French Riviera. He said the key to organizing MIPIM has included reinvigorating the core invitees, bringing in new types of investors to attend and exposing the real estate industry to new technologies and techniques being employed over the globe. He and his team want to incorporate more of the big developers in the United States, as well as some of the fringe groups of the real estate industry, such as those in the crowdfunding world.

When the 27th MIPIM Conference takes place in Cannes from March 14 to 17, it will feature New York-based firms such as WeWork and HAP Investments speaking on panels. New York University and Columbia University, which will take part in the conference for the first time, will host an event together.

And MIPIM is surely an international affair, typically drawing the likes of the mayors of major European cities. London Mayor Boris Johnson has attended annually since taking office in May 2008 with the exception of last year as he ran for a seat in the United Kingdom’s Parliament. Paris Mayor Anne Hidalgo is traveling south to Cannes this year for the first time to attend a panel on affordable and luxury housing and how cities can address the issue.

“We cover the whole world,” Mr. Rean said on a call with Commercial Observer from Paris, where he has lived and worked for the last decade. “And [we are] trying to get those long-term clients but also to find the new clients, the new projects and new initiatives that are working to come to MIPIM and we think they could fit in the mix. Today we are definitely looking for…increasing participation from the U.S. We think [it] would benefit the rest of MIPIM, and we also think it is in high demand.”

Like many industry trade shows, MIPIM performs the function of being a platform for professionals to mingle, as well as take in new ideas about the industry. The four-day conference typically has a slew of panels on real estate-related topics for the more than 20,000 attendees at a registration fee of $1,999 per person.

Mr. Rean, 43, said bringing in U.S.-based real estate professionals as attendees is a big part of the future of the conference. Many stateside companies have been employing practices and using technology that might not otherwise come to Europe until two or three years after they’ve become common practice in the U.S. Nine out of 10 new ideas might fade away or die, but that one idea could change how real estate is conducted as a business, Mr. Rean said, adding that it’s important to find that concept early.

One particular example is the shared-economy types, such as Airbnb and crowdfunding companies like Fundrise, which appeared at the conference last year. Daniel Miller, the company’s co-founder who left Fundrise in October 2015 and has since started the global Myrtle Grove Ventures, spoke at a MIPIM press conference last year about the benefits of crowdfunding in the real estate world. Mr. Miller will be back this year as head of his new company, which focuses on the various ways of raising capital for different assets on a global scale, and he will deliver a speech on the topic.

“Part of what I’m going to focus on [at MIPIM], too, is the global shift,” Mr. Miller said. “Not just U.S., since MIPIM is particularly a global conference, but all the regulations that are shifting in Germany, the [United Kingdom] and how that’s going to affect them.”

While importing the new technologies is quite important, the goal of MIPIM is bringing people together. That includes recruiting the traditional owners to the conference. HAP  is one of those new attendees and its co-founder, Eran Polack, will speak on a panel this year. Nir Amsel, who heads the company’s Tel Aviv, Israel office, will also be attending, said Benjamin Watson, the director of marketing and sales for HAP.

While Mr. Watson said HAP’s first goal is to have Mr. Polack speak on the panel, the executives will also meet with potential overseas partners for the firm’s New York City and Israel operations.

Roughly 100 U.S.-based companies will be heading to MIPIM this year, according to Arnaud Simeray, who heads the New York office of Reed MIDEM’s real estate division. His office is tasked year round with selecting developers, investors, brokers and other professionals “from Canada to Panama” who would be best suited to attend the annual commercial real estate-heavy event (meaning people who are working on large-scale projects that are seeking relationships with other real estate companies). Almost in the way a matchmaker arranges dates, his team links up attendees before the conference who could potentially strike a deal.

“If I take one example, a big asset manager is in New York but is seeking institutional investors,” said Mr. Simeray, who has worked for Mr. Rean for the last three years. “Then we would discuss what type of funds they have available and where they’re going to invest those funds. And we’re going to discuss what type of institutional investors are looking.”

Demand for the event is often very high, Mr. Rean added, and it’s fully booked almost every year since its inception in 1990 and averages north of 20,000 participants.

Capturing the attention of U.S.-based developers could still be an uphill battle. CO’s sweep of a number of New York-based developers and brokers last week yielded responses like, “MIPIM? Isn’t that combined with [international retail conference] MAPIC [Le marché international professionnel de l’implantation commerciale, also organized by Reed MIDEM] now?” and, “I have never attended. There are those who claim it is a worthwhile mixer” and a third said he also didn’t attend and that his impression is that it  is “more for mega-centers” and is “not driven to High Street retail.”

Mr. Watson said the New York team has guided HAP through the process, figuring out who would be best for them to meet with and ensure that he and Messrs. Polack and Amsel capitalize on the trip.

“They have definitely gone above and beyond just to make sure that we’ve felt welcome,” he said. “We want to make this a very productive week. Definitely I could see us going every year, but we have to see how the first time goes. From there, we’ll make the decision each year.”

So why would someone want to travel all the way to the south of France for a real estate trade show when there are the likes of International Conference of Shopping Centers and other U.S. conferences? Mr. Miller said that although there’s a foreign interest and overseas presence at stateside shows, they’re still focused on the U.S., “whereas the perspective at MIPIM really is global.” Because of its location in Cannes as opposed to a global city, visitors are more committed to staying at the conference all day as opposed to popping in for an hour before touring the city as they might do in London or New York.

To most New Yorkers, affordable housing might seem like a local issue. But it’s as much a concern in the Big Apple as it is in Istanbul or London, where Mr. Rean said it’s dominating the upcoming mayoral election to replace Mr. Johnson. The housing panel will be hosted by the Washington, D.C.-based Brookings Institute, a prominent think tank, Mr. Simeray said.

When mayors come to MIPIM, whether that’s Mr. Johnson or the head of Istanbul or Moscow, residential issues are typically on their agenda, Mr. Rean said, should it be the development of affordable housing or luxury development.

“We think that it’s the right moment to put together the private and public players and to make them think about how to do residential,” Mr. Rean said. “Affordable housing is one of the big things. It’s becoming a hot issue for midsized cities also.”

One might think that dealing with a conference all year round might get tiring, but Mr. Rean grew steadily animated the more he discussed MIPIM and its different facets. A native of Turin, Italy, in the northern reaches of the country, Mr. Rean is a trained engineer who ended up getting an MBA from Harvard Business School in 2003. By 2006 he wound up in Paris working for the real estate arm of GE Capital.

A loyal visitor of MIPIM himself, he joined Reed MIDEM at the end of 2010 to oversee the event. The task at hand was reinvigorating the show after real estate globally took a hit in the financial meltdown of 2008 and 2009. He visited the sister event, MIPIM Asia, which has about 1,000 attendees annually. Mr. Rean also set up MIPIM U.K. in London—now Great Britain’s largest real estate trade show, he said.

There were also pieces missing to the large event held in France. Institutional investors had not really been attendees. He also brought in greater diversity of players, such as architects, to discuss not just capital markets but also physical assets, efficiency and design.

Mr. Rean, a married father of one daughter and two sons, said it’s a yearlong process to put together the four-day show. After all, he said, this year’s event will feature almost 23,000 attendees from almost 100 countries. He has outreach teams based not just in New York City and London but many in Asia. Mr. Rean tries to visit the various places where his attendees come from, although it’s impossible to see every country.

“He’s like a sponge when he travels globally,” Mr. Simeray said. “He’s able to give us a 360-[degree] view of the global real estate market that he has visited and for us that has tremendous value. He’s able, just like a global economist, to really share with me and my U.S. clients what’s happening in Asia, what’s happening in the residential space in Europe.”