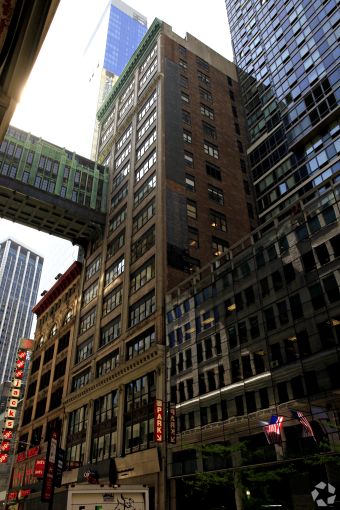 An engineering company has increased its Penn Plaza space by adding another floor a renewal, Crain’s New York Business reported.

MG Engineering renewed its 30,000-square-foot lease at 116 West 32th Street between Avenue of the Americas and Seventh Avenue for another 12 years, according to Crain’s. The company has been based on the entire 12th and 13th floors.

But MG Engineering will now take another 15,000 square feet, or the entire 11th floor, as part of the renewal, Crain’s reported. Asking rent in the deal was $52 per square foot.

Now that the deal is done, the company will also be able to install signage above the entrance to the 104-year-old building, according to Crain’s.

Jeffrey Rosenblatt of CBC Alliance represented the landlord, Pan Am Equities, in the deal, while Michael Frantz and Mitti Liebersohn of Avison Young represented MG Engineering. Mr. Rosenblatt confirmed the deal, but declined to comment when reached by Commercial Observer; the Avison Young brokers did not immediately return a request for comment via a spokesman.

MG Engineering first signed at the 220,000-square-foot building in 2007, according to CoStar Group. The City University of New York’s School of Professional Studies signed a deal for almost 70,000 square feet at the property in June 2012, as CO reported at the time.