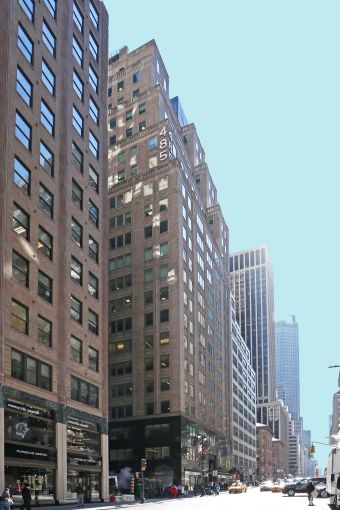 East West Bank will take part of the 12th floor at 485 Madison Avenue between East 51st and East 52nd Streets, according to a press release from landlord Jack Resnick & Sons. The owner declined to provide terms of the deal via a spokeswoman. The asking rent for full floors at the 305,675-square-foot Midtown building is $54 per square foot, according to CoStar Group.

“We are pleased to welcome East West Bank to 485 Madison Avenue’s sterling roster of world-class tenants and look forward to accommodating their continued growth,” Dennis Brady of Jack Resnick & Sons said in prepared remarks. “Like many other top-tier firms, East West Bank was attracted to 485 Madison Avenue because of its prominent location, recent infrastructure upgrades and classic design.”

Jack Resnick & Sons has recently upgraded the infrastructure of the 1929 structure including energy-efficient windows, air conditioning and elevator systems.

East West Bank is expected to move into the new office this fall, the spokeswoman said. There are about 4,200 square feet left unoccupied on the 12th floor, which the landlord intends to turn into pre-built space to lease out.

David Levy and Jeffrey Buslik of Adams & Co. represented the tenant, while Mr. Brady and colleague Fran Delgorio represented the landlord in-house. Messrs. Levy and Buslik declined to comment via a spokesman.

The bank, which is headquartered in San Francisco, has another New York City office three blocks south at 535 Madison Avenue between East 54th and East 55th Streets. East West Bank leases 14,349 square feet at that location in a lease running through 2022, according to CoStar.